Barring a surge in stocks this week, clients could be facing relatively disappointing returns when they open their investment statements next month.

That’s due to an upcoming slide in rolling three-year returns for the widely followed S&P 500 index, warns advisor Daniel Wiener.

The chief executive of Adviser Investments in Newton, Mass., which manages $3.5 billion, sent out an alert to clients Monday cautioning that the blue-chip benchmark needs to rise by around 2.5% by Monday to reach double-digit returns for the most recent three-year timeframe.

Short of such a rally, he figures that daily S&P returns over that stretch will show single-digit gains.

“Three-year numbers have become a sort of de facto standard for fund- and market-performance analysis — it’s sort of like the first line of review for checking short-term performance of popular funds and investment portfolios,” Wiener tells FA-IQ.

Through last week, a typical large-cap domestic stock fund was up 7% over the past three years, according to Morningstar.

“Many investors who simply look at end-of-month statements and fund rankings that come out in early November are going to be spooked -- given that October is already seen as a typically poor month for stock market returns,” Wiener says.

The S&P 500 had returned -0.8% in October, as of last week. “This is just going to add to the anxiety level of the typical investor,” Wiener says.

“We’ve certainly seen similar stretches where blue-chip stocks have dipped into the single digits,” Wiener says. “But at this point a lot of investors have become accustomed to over-sized returns.”

So advisors at the independent RIA have already started reaching out to clients. Last week in a webinar, Wiener tried to explain how three-year return figures and other short-term metrics need to be taken with a grain of salt. “These are more cruel mathematical data points that, if taken in a vacuum, can look more ominous than they might actually turn out to be,” he says.

One way his staff is countering any potential “ticker shock” is to let clients know that longer-term return patterns show a much less frothy view of markets. By his count, Wiener finds only about half the time over the past three decades have five-year rolling returns averaged in the double-digits.

And just 36% of the time have 10-year rolling S&P 500 returns hit that threshold during that same period, he adds. “We’re not trying to lower expectations -- we’re working with our clients to help them form reasonable expectations,” Wiener says.

Mark Eshman, chairman and chief investment officer at ClearRock Capital in Ketchum, Idaho, is also looking ahead as he starts engaging clients in quarterly portfolio reviews. 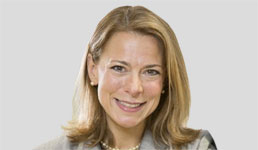 After a rough start to 2016 and uncertainty about Federal Reserve monetary-policy pivots, any headlines trumping a decline in three-year benchmark returns won’t be helpful in settling jittery investors’ nerves, adds Eshman, whose firm manages about $435 million.

“We’re telling clients that unless we go into a higher growth rate environment, just doing the simple math dictates that they’ll need to hold a well-diversified and global portfolio of both stocks and bonds,” Eshman says.

He doubts that interest rates will move much higher in the next few years. “Our advisors are planning to use any headline shock over three-year returns as an opportunity to re-engage clients in a conversation about their long-term planning process,” Eshman says.

At Pathstone Federal Street in Fort Lee, N.J., which manages about $7.5 billion, advisors are explaining to clients that it’s surprising the S&P 500 has held up so well in a low-inflation environment for so long.

“We were just doing some analysis the other day for our clients showing that while much of the market is underperforming, several overlooked areas are doing much better,” says Kristin Fafard, Pathstone’s chief investment officer.

Lagging three-year returns are a good indication that “astute” active management is going to be more important in coming years, she adds.

The firm has used index funds in the past, but Fafard finds that its investment committee is now recommending such passive strategies in a generally more limited fashion.

“Given current market conditions and stock-market valuations,” she says, “we’re talking to clients about emerging opportunities we see to invest in actively managed funds in almost every major asset class.”

An Information Service of Money-Media, a Financial Times Company