Is Monthly Billing the Key to Young Clients’ Hearts?

Maverick advisors use the retainer model to attract the next generation.

Industry old-timers still remember the days before the percentage-of-AUM compensation formula became ubiquitous, when most advisors made their living chiefly from commissions. Now, a small but growing cohort of under-40 planners is jettisoning the asset-based model and charging monthly retainers instead. The idea is to make financial advice more attractive to young professionals who might not meet the asset minimums common under many AUM regimes — often $1 million, of which the firm takes 1% a year. Advisors who adopt the retainer model say it combines the benefits of recurring revenue with the chance to get a new generation of clients permanently hooked on financial planning.

Alan Moore, who launched Serenity Financial Consulting in Bozeman, Mont., in mid-2012, started out charging clients by the hour and began converting them to monthly retainers about a year ago. He says he realized that whereas hourly billing practically invites clients to come and go, the psychology of paying a monthly bill makes them more loyal. Indeed, the new pricing — $250 a month for most clients, for which they get portfolio management plus soup-to-nuts planning — has proved so popular that Moore’s practice is closed to new customers. “It’s less transactional than charging hourly fees, and it’s something that makes sense to people who need financial help but don’t have a lot saved up,” he says.

“I found working at traditional AUM advisory firms frustrating because I couldn’t help my own peers,” adds Moore, 27. “It was just something I struggled with in trying to explain what I do to my friends.”

With Michael Kitces, partner at Pinnacle Advisory Group in Columbia, Md., Moore in April formed the XY Planning Network to support fee-only CFPs who use the retainer model. So far, more than 35 firms have joined; for $397 a month, they get marketing and tech support, low-cost compliance services, coaching on business development, and access to the consumer-facing part of the website, where they can post a profile. (Kitces’ involvement with the network is separate from his duties at Pinnacle, which has $1.4 billion under management.)

Moore says monthly retainers among XY Planning Network firms average $100 to $150, but advisors decide for themselves what’s appropriate for their market. That kind of flexibility is sorely needed in the industry, says Arjun Saxena, head of the North America wealth-management practice at Strategy& (the unit of consulting giant PwC formerly known as Booz & Company). Saxena attributes falling profit margins in wealth management — down eight points to 21% between 2007 and 2012, according to the firm — to U.S. clients’ changing behavior. “Younger professionals are increasingly turning to discount brokerages and online service providers for advice,” he says.

Saxena thinks monthly billing can help turn those young people into customers at full-service advice firms, not just independent RIAs but wirehouses as well. “Advisors of all types need to pay attention to this growing marketplace,” he says. “Their profitability is going to remain under pressure if they can’t find a way to broaden their audience.” 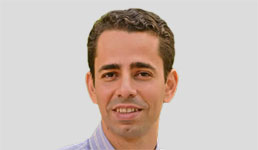 Like Moore, Marcio Silveira charged by the hour when he first started his firm, Pavlov Financial Planning in Arlington, Va., four years ago. Today, almost all his clients pay a monthly retainer of $200. Silveira charges no initial sign-up fee, and clients can walk away at any time without penalty. His practice focuses on young families with children under age 5. Finding a niche has helped him win referrals, says Silveira, who also belongs to the XY Planning Network.

The retainer model requires that advisors be proactive; if Silveira doesn’t hear from a client for two months, he picks up the phone. Besides making sure his customers feel they’re getting their money’s worth, he says, the regular contact keeps him on top of their changing financial situation. That’s a trust and relationship builder. “I look at these as long-term clients, not just as young families who might eventually outgrow our services,” Silveira says.

Although Kitces doesn’t anticipate a revolution in advisor compensation, he believes monthly billing is vital to the industry’s future. “It’s not like every AUM firm is going to be obliterated in the next five years by the monthly retainer model,” he says, “but it has tremendous potential to serve a vastly underserved part of the market.”