Online Referral Services Under the Microscope

For some FAs, consumer-centric directories are just too hit-and-miss.

Advisors have a love-hate relationship with the online directories that put their names in front of the public. On the one hand, they say, these services don’t exactly deliver a flood of leads. On the other hand, just one juicy prospect who turns into a long-term client will amply justify the cost of the listing. Since directories don’t generally charge a fortune, most advisors use one or two as part of their marketing arsenal alongside other, more expensive prospecting options. And with innovative newcomers entering the listing business, advisors can choose a directory that fits their style.

“You need multiple avenues of attraction, and it doesn’t cost you a lot to try these services out,” says David Edwards, a former Morgan Stanley fixed-income specialist who runs Heron Financial Group in New York and manages $143 million. Edwards maintains profiles on the 9-year-old Paladin Registry and on GuideVine, a new service with a social-media feel that targets young investors in New York and San Francisco. He spends $190 a month on Paladin, which has sent him one qualified referral in the past three months. “It’s not a fire hose of prospects, but we think it’s worthwhile,” he says. As for GuideVine, which charges advisors a one-time $500 set-up fee, Edwards likes the site’s matchmaking style; advisors make videos so prospects can get to know their approach to financial planning.

His firm listed with WiserAdvisor for about six months, but it didn’t work out. “We got a high volume of totally unqualified prospects,” Edwards says, “and when we called them they were surprised to hear from us.” WiserAdvisor — which has been around since 1998 — charges either $792 or $1,188 a year, depending on membership tier, plus per-referral charges of $60 to $150, depending on the prospect’s portfolio size — whether or not the prospect becomes a client.

Each directory has its own flavor. Paladin is known for screening advisors rigorously, BrightScope for giving them extra exposure in their local markets. NerdWallet, a personal-finance website, has a Q&A feature where advisors can showcase their expertise by answering users’ questions. AdviceIQ, similarly, invites advisors to contribute articles, which it posts on its own site and places on consumer news outlets like CNBC.com and Morningstar — a model some advisors love. One is Gary Brooks of Brooks, Hughes & Jones in Tacoma, Wash., with $57 million in assets. A former columnist for Tacoma’s News Tribune, he finds AdviceIQ a good fit. “Lead generation isn’t my primary intention,” says Brooks. “It’s an opportunity to expand my reach and exposure, and a credibility builder.” He adds that the site hasn’t charged him to post his articles, even though they earned him a ranking among top advisors in his region. For advisors who don’t publish, the annual fee is $750. 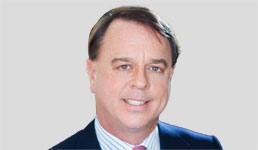 New entrants are pouring into the advisor-directory business, figuring lots of retiring boomers will need help making their money last. A former Merrill Lynch broker recently launched FireMyAdvisor, a $1,800-a-year referral site that offers users a free handbook on switching to a new FA. And Rightfinancialadvisor.com, soon to go into beta testing, works like a dating site. Potential clients take a lengthy questionnaire covering both financial needs and personality preferences, and an algorithm matches them with up to four suitable advisors. If they don’t hire one, prospects get their $35 sign-up fee back. Advisors will pay $200 to be in the database, says founder Rick Cross, and will be screened for regulatory cleanliness.

Despite the directories’ low prices, not all advisors think they deliver enough bang for the buck. “I would spend the money on getting a good website, getting good search engine optimization, and networking, networking, networking,” says Jason Hull, an hourly planner in Fort Worth, Texas. Hull is listed on BrightScope but doesn’t plan to renew his $950 annual subscription, which hasn’t proved fruitful. A CFP candidate, he anticipates getting more leads from the CFP Board’s Let’s Make a Plan referral service, where he’ll be listed automatically after receiving the designation.

In fact, many advisors are pleased with the referrals they get for free through professional associations like the FPA and Napfa. Prospects see the organizations mentioned while browsing personal-finance articles online, then search for an advisor on their sites, says John Wimbiscus of Chicago-based Trinity Financial Advisors, which manages $190 million. “They have high standards and credibility,” he says.

Nevertheless, Wimbiscus also pays to list on Paladin and AdviceIQ. Ultimately, advisors know they’d have to pour a lot of time and money into electronic marketing to get the same exposure the directories offer, says industry expert Michael Kitces. “If they get you one client a year, you’re still making a good return on your investment,” he says.