Hiring college grads for three years of training is a win for both sides.

Taking their cue from the medical field, advisors are turning to residency programs to help bring new blood into an aging workforce. Instead of recruiting young professionals with a couple of years’ experience selling insurance or mutual funds, firms are hiring total rookies and giving them on-the-job training. The trend is opening up a new talent pool for advice firms, as those offering residencies can hire kids straight out of college — at least if the college offers financial-planning coursework. More than 100 currently do.

The system is working for Cornerstone Wealth Advisors in Edina, Minn., which has $200 million under management. In 2010, the firm’s two senior advisors were struggling to handle a growing workload, serving more than 150 clients. In search of candidates for a three-year residency, founder Jonathan Guyton approached several colleges that have financial-planning programs. The young people would learn from the ground up, being groomed for permanent positions elsewhere while taking routine operational tasks off the Cornerstone advisors’ plates. Guyton found three.

Candidates have to take three different writing tests to make sure they can correspond effectively with clients, besides going through standard work-personality assessments. Finalists are flown in only after a series of phone interviews. “We treat hiring a resident for a financial-planning practice with the same sort of diligence as a hospital would use to hire a new medical resident,” says Guyton.

During their first year, residents take on basic assignments like preparing cash flow projections and analyzing portfolios. They also sit in on client meetings. In year two, they take a more active role in making presentations directly to clients. By the third year, although they remain closely supervised, residents are expected to show confidence and proficiency in working more directly with families on their financial plans.

Cornerstone residents get the same employee benefits the firm’s permanent advisors get, says Guyton. His first resident has received three job offers from firms near Washington, D.C., where she wants to relocate. Guyton, meanwhile, is looking for another resident — a search launched earlier this year produced résumés from 35 people representing 15 different colleges. He made one of them a formal offer just this week. 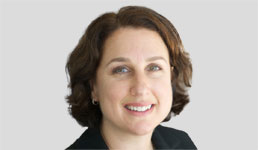 Guyton has passed his system on to Sandi Bragar, director of planning in San Francisco for Aspiriant, a Los Angeles-based RIA that manages $8 billion and has 45 advisors working in seven offices across the country. Advisor turnover is low, Bragar says, but finding talented staffers to handle routine chores for the firm is a growing challenge. So Aspiriant too has implemented a three-year residency program, with two recruits hired so far and two more, Bragar hopes, to come later this year. “It’s a win-win for both sides,” she says, “and a way to train a new generation of advisors on what it really takes to care for an affluent family’s financial health.”

Not all residency programs push participants out the door after a few years. Plante Moran Financial Advisors in Southfield, Mich., which manages $8 billion, wants to add 40 planners to its current 89 over the next 12 months, according to Todd McClain, one of the firm’s senior advisors. It hopes to get most of them through its residency program, which has been in place for many years.

“We’re very focused on finding highly educated college graduates who can learn how we like to work with clients in a comprehensive, full-service type of financial-planning environment,” says McClain.

Residents at Plante Moran — which is owned by a large CPA firm — spend about two years rotating through several divisions at the company, getting training in taxes, trusts and insurance as well as financial planning. Thanks to the cross-training, those who want to advance in different career paths can often find roles in other departments, McClain says.

The growth in financial-planning programs at colleges has been a boon for the firm, he adds, because Plante Moran doesn’t have to pick up the tab for residents’ CFP coursework, as it would with a finance major. McClain says a college graduate ready to sit for the CFP exam can represent around $4,000 in savings. “If we’re hiring 20 new people a year, that can add up to a real bonus to go along with getting a more well-prepared junior-level advisor,” he says.