The acquisition boosts EP Wealth’s assets under management by $230 million.

Phoenix is a “very active marketplace” and EP Wealth is “actively” working to expand the geographies it serves, Goshtigian says. Pathlight Investors is “a great fit” in the Phoenix market.

EP Wealth had “a few clients” in the Phoenix area before buying Pathlight, but this deal marks the firm’s first office opening in the region, Goshtigian says. Prior to the deal EP Wealth had 10 offices; seven in California, two in Denver, and one in Seattle, thanks to a May acquisition.

“When we started Pathlight in 2009, we were right in the belief that the industry would shift from a wirehouse-dominated model to the boutique RIA model,” Larson says.

But 10 years after Pathlight’s launch the partners concluded depth and breadth of service offering would be “key” to service and win clients in the independent world, Larson says. 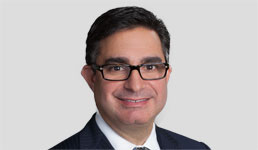 Being acquired by EP Advisors gave Pathlight the “opportunity to tap into that expanded offering” and benefit from large investments EP Wealth will continue to make in its technological and talent infrastructure, he says.