How RIA Aggregators Could Fund Your Retirement in a Roundabout Way

So-called sub-transactions by RIAs owned by aggregators will become increasingly popular over the next few years.

For RIAs looking to sell their practice, other RIAs bought by large RIA aggregators are becoming an increasingly attractive solution, new research seems to suggest.

As private equity firms and other financial advisory business investors attempt to increase their inventory, they are encouraging the firms they invest in to go out and find investments of their own, explains David DeVoe, firm managing partner and founder of DeVoe and Company.

DeVoe says in the first quarter of 2019 so-called sub-acquisitions — acquisitions made by an already-acquired RIA — accounted for seven of 31 recorded RIA deals.

These sub-acquisitions “definitely provide an opportunity for a sale [for RIAs looking for buyers],” Louis Diamond, executive vice president and senior consultant of Diamond Consultants, says.

“The vast majority of transactions are facilitated by aggregators looking for sub-acquisitions,” Diamond says. And dealing with the agents of strategic aggregators can provide a more favorable deal structure for sellers, he adds.

“The purchase price is usually paid in cash in sub-acquisitions,” Diamond says. “More cash down is better for firm sellers because it de-risks the transaction.”

Both DeVoe and Diamond agree the frequency of sub-acquisitions from RIA aggregators will increase in the next few years. Large aggregators are increasingly likely to consider these deals because they are “easier to digest” than deals of larger scale, Diamond says, adding that the seller sweet spot lies in the $250 million to $600 million AUM range.

Across all RIA sales, the average RIA deal size has been pushed down to $606 million year-to-date from $918 million in 2018. The record high average deal size was over a billion in 2016.

“Sub-acquisitions tend to be smaller in scale,” and the average deal size has been dropping “dramatically” because of the increase in sub-acquisitions, DeVoe says.

Richard Buoncore, managing partner of $5.5 billion AUA MAI Capital Management, which is itself a sub-acquirer of private equity firm Wealth Partners Capital Group, says aggregators are buying firms in different markets and then using sub-acquisitions to help those firms accelerate growth in their local markets. 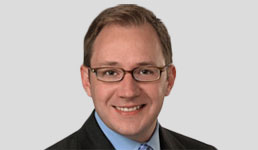 For RIAs looking to sell their firms, “it’s much easier to sell to someone you know than someone who flies in that you don’t know well. It’s hard for those firms to create the level of trust and relationships needed for the deal if they are coming out of market,” Buoncore says. It’s easier for big firms to help local firms acquire other local firms than to come and buy them outright, he says.