It’s an advisor’s job to help empty-nesters transition without losing sight of their long-term goals.

This time we hear from Niv Persaud, president at Transition Planning & Guidance in Atlanta, Ga. She recalls learning how to wrangle in a couple’s spending after their new lifestyle began to drastically alter their retirement goals.

I was working with clients who were in their early 50s and very active. Their oldest child was graduating from college and the youngest had taken a break from school to work. This couple’s focus was shifting from education and kids to retirement and future plans. When we first met, they were in the beginning stages of this transition, so we talked about their retirement timeline and set some goals based on their current lifestyle.

However, over the course of two years their lifestyle changed drastically. Without kids to worry about, they started going on weekend getaways and long international trips. They were dining out and going to events much more frequently. Their spending increased quickly as they reveled in the newfound freedom from the responsibilities of parenting on a day-to-day basis. Their daughter got engaged so they had a wedding to plan. In the midst of all of this they began talking about buying a second home.

I wanted them to enjoy themselves but I also had to show them how this new lifestyle was affecting their retirement timeline, not to mention the amount of money they would need in retirement should they continue with some of these activities. Retirement looks much different now than in past generations, and these plans require complete customization for each client. It was clear the couple needed to slow down and add more structure to their lives.

To reel them in — without taking the wind out of their sails — I decided to highlight different areas of their lives as a way to help them get a sense of the bigger picture. We discussed the relationships with their adult kids and their families, possible professional plans after they retired from their career jobs, the physical health of their parents, and their hobbies. We focused on one area at a time, then began translating their thoughts and feelings into tangible goals for their retirement plan.

Creating these categories let them slow down and recognize how their daily decisions have a ripple effect on the overall picture. I learned that the wife wanted to get back into painting like she did before she had kids. We talked about funding painting classes and possibly renovating a room in the house as an art studio. I learned the husband’s father died from heart disease at 50 years old, so he needed to be aware of his own physical health. This pointed look at different areas of their lives opened up conversations that would have never happened had they continued on the fast track.

The couple downsized to a two-bedroom condo in the city, close to restaurants, an airport and other community activities. This saved them money — and a load of time and energy — in home maintenance fees like lawn care and pool upkeep. Instead of spending time on their home, they wanted to spend that time traveling, and together we made the numbers work. 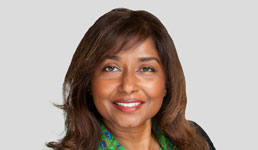 People used to think that once your kids are out of college and you are approaching retirement, it’s practically time for the nursing home. But retirement is changing. For so many baby boomers, retirement is an incredibly active phase of life. If people aren’t slowing down to look at what’s happening to their finances from all angles, their finances can easily get out of hand. As advisors, we’re having to develop new systems and techniques to help today’s active retirees stay on track while also allowing them to truly enjoy their new lifestyles. The old ways just won’t work anymore.