Clients Sue Edward Jones Over Getting Switched to Fee-Based Accounts

Lawsuit alleges that clients in dormant accounts ended up paying higher fees than what they would have paid in commission-based accounts.

Edward Jones is facing a lawsuit from investors who say they were charged unnecessary fees when the company switched them from commission-based to fee-based accounts, FA magazine writes.

The suit, filed in the U.S. District Court, Eastern District of California against Edward Jones, several senior executives and two of the company’s subsidiaries, alleges the firm pressured its advisors to transition mostly inactive clients into fee-based accounts even though they would have paid less if they remained in commission-based ones, according to the publication. The company did so “under the guise” of complying with the Department of Labor’s fiduciary rule, the complaint alleges, FA magazine writes. The rule, which purports to require retirement account advisors to put clients’ interests first, went into partial effect last summer but was vacated in appeals court last month.

Edward Jones is reviewing the complaint, according to a statement cited by FA magazine.

“Edward Jones has consistently offered both fee-based and commission-based client accounts that adhere to all regulatory requirements. We believe Edward Jones client accounts are among the best options in the industry, and we intend to vigorously defend this action,” according to the statement cited by the publication.

Edward Anderson, one of the four plaintiffs in the suit, agreed to Edward Jones’ Advisory Solutions Fund Model Agreement in 2015 and had about $61,000, or 60% of his assets, put into the company’s proprietary Bridge Builder mutual funds, according to the complaint, ThinkAdvisor writes. 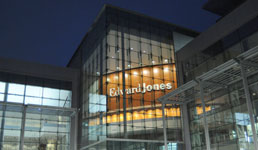