Wealth Partners Capital Group says its has the "raw material" for a wealth management empire.

Two easy-to-overlook mergers last week mark the emergence of a new player in the high-stakes and competitive business of consolidating independent RIAs in the wealth management space -- one with national ambitions and a unique plan of attack.

The financial details of these transactions weren’t disclosed, but one common feature stands out. Operating behind the scenes in both deals -- each involving a relatively large but under-the-radar acquirer and an even quieter target -- was an eight-month-old firm called Wealth Partners Capital Group.

Palm Beach-based WPCG has minority stakes in EP and MAI as well as Forbes Family Trust in New York. The holding company plans to expand its wealth firm holdings dramatically, but not by purchasing more such RIAs -- not directly anyway. Instead, it will help its direct holdings -- and it has no plans to add to the three firms at its core -- do the acquiring themselves.

EP, which employs about 60 people in 10 offices in California, Washington and Colorado, manages around $3.3 billion. MAI, with offices in Ohio, New Hampshire, Florida and California, has a staff of nearly 100 and manages $4.8 billion. Forbes Family Trust manages $2.2 billion -- mainly for families worth more than $50 million apiece.

Bracketing Forbes Family Trust as an outfit catering to a wealth band with extraordinary needs, WPCG co-founder and senior partner Rich Gill says the more mainstream EP and MAI "jumped out at us" as RIAs committed to organic and inorganic growth within the framework of planning-based, fee-only wealth management aimed at professionals, business owners and executives.

Gill and his partners -- who started WPCG eight months ago after leaving AMG, where they spearheaded wealth-practice acquisitions -- also liked that the firms have track records as acquirers in their own right. MAI was created in 2007 when Rick Buoncore's BC Investment Partners acquired McCormack Advisors International, a firm with roots dating to the early 1970s. EP completed two wealth-firm buys on its own shortly before WPCG joined the party.

"These firms have much lower industry profiles than their businesses suggest they should have," says Gill. But they run solid wealth firms with compelling structures and a proven ability to adapt as circumstances dictate.

"Talk to a lot of people in our space and you’ll find they feel penalized for being successful," says Parker.

On this premise, when independent RIA owners build their practices past a certain point -- $300 million under management for some, $500 million for others -- they have one of three hard choices to make. Either continue as a financial advisor while worrying whether clients are getting enough attention, figure out how to run the business ’properly,’ or throw in with someone else who does. 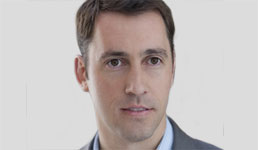 And that’s without pressure from rising business costs, shrinking fees and an RIA-owner demographic that’s on average in its early sixties.

To push EP through its own impasse, Parker says he and other top brass at EP "fired ourselves when we hit nearly $1 billion under management and hired a president" -- that’s Patrick Goshtigian -- to run the firm day to day.

Meanwhile, the self-fired old guard at EP turned its attention to long-term strategy. In turn, that led to the firm’s conception of itself as a viable destination for smaller RIAs looking for senior merger partners.

EP’s immediate "goal is to grow in the western U.S.," organically and by adding "like-minded firms."

"We’re not an aggregator," says Parker. "We’re an advisor-first firm, led by advisors, and dedicated to going that extra mile for our clients."

Given the steady erosion of bank-brokerage market share -- by many counts the wirehouses have steadily shed wealth management assets under management since the recession 10 years ago -- Parker figures it’s time for RIAs "to stand up and take even more."

Meanwhile Gill says WPCG has "the best raw material" in EP, MAI and Forbes Family Trust to take advantage of the "astonishing fragmentation" in the independent channel and help each of its RIAs join the "handful of firms with more than $20 billion under management."