Why Munis Won't Matter Anymore to Many HNW Clients

A growing chorus of fixed income advisors are warning that the so-called SALT deductions passed by Congress are likely to blunt the appeal of certain types of municipal bond funds for affluent investors.

“The big question for advisors with HNW clients is whether this cap on SALT deductions will significantly weaken the credit quality of bonds being issued as tax-exempt by local authorities,” says Jason Staley, an advisor at Pittsburgh-based Schneider Downs Wealth Management Advisors, which manages more than $1.3 billion.

Lawmakers initially proposed doing away with taxpayers’ ability to deduct state and local taxes. The final version includes such SALT deductions for individuals and their families, but with a $10,000 cap.

That’s “next to nothing” for many high-net-worth investors, says Lee Munson, chief investment officer at Portfolio Wealth Advisors in Albuquerque, N.M., which manages $284 million.

“The new tax plan is making any perceived value of buying muni bond funds – especially for those living in relatively high-tax states – essentially a dead deal,” he says.

Fund companies like to use diversification as an argument to sell muni funds that invest nationally regardless of where investors live, Munson observes. “With this cap on SALT deductions, I’m not buying it,” he says. “This seems like a much duller knife now to use with high-net-worth clients.”

Along with rollbacks in muni tax exemptions included in the new tax law, determining “breakeven” points for when such bonds make after-tax sense for HNW clients is likely going to be much more nuanced, according to John Pantekidis, chief investment officer at Boston-based TwinFocus Capital, which manages about $4.5 billion.

Based on preliminary reviews of his clients living in Massachusetts, his initial estimate is that out-of-state muni bonds will need to generate as much as 0.40% more in additional yield to offset new SALT limits. But differing market valuations, credit quality and “intangible” diversification benefits make pinpointing exact breakeven points for each family a moving target, Pantekidis adds.

“This new tax law is less than a month old but we think it’s already raising the bar for advisors to proactively re-evaluate their municipal bonds investing strategies,” he says.

For many mass-affluent investors, advisor Staley believes the new tax revisions will prove beneficial since standard deduction totals are being doubled. But he says most of his HNW clients will still probably opt to claim itemized deductions.

Like Pantekidis, he’s a big believer in the value of diversification in muni holdings.

“Our research indicates that over the longer term, diversifying a municipal bond allocation across states will lead to less volatility and greater income opportunities for our clients,” Staley says.

Nevertheless, he’s working with portfolio analysts at Schneider Downs to see when “paying up” for out-of-state muni bonds might become too prohibitive. “If some of our clients face paying 3% or more in extra taxes under the new tax law to diversify their muni portfolios,” Staley says, “then that’s a real consideration that we’re going to need to scrutinize a lot more closely in the future.”

Besides taking a closer look at how “rigorous” the tax-related calculations employed by different outside managers and institutional brokers to market different managed accounts and bond funds are, advisor Munson says he’s taking more care to talk to HNW investors about their “average” tax obligations. 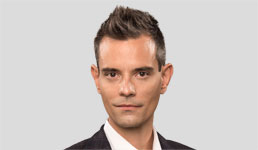 “Fund companies and managed account managers commonly emphasize marginal tax brackets to promote investing in muni baskets,” he says. “But that’s just fundamentally the wrong approach to determine if someone really needs to own a muni fund over a taxable bond fund.”

In many cases, Munson is expecting high-earning clients to wind up owing much less than new lower income tax rates might imply. One of his clients who owns a small business, for example, now expects to fall into a lower top bracket of 37%. In consultation with his CPA, the advisor finds his “actual” federal tax obligation is likely to be closer to 25%.

That estimate comes after comparing the entrepreneur’s “total tax” line item on his 1040 form to his gross adjusted income. Even with state taxes added into the equation, such a review makes buying munis for this investor “less of a planning concern” going forward, according to Munson.

He predicts that unless a client’s average tax bill represents more than 35% of adjusted income, muni funds are probably unnecessary in today’s bond investing landscape.

“All things being equal, advisors with clients who are earning $250,000 or more a year,” Munson says, “are really going to have to re-evaluate whether muni bonds are needed at all under this new tax regime.”