While tax-favorable status largely remains, not all types of municipals will be spared.

Despite earlier congressional threats to roll back tax exemptions for municipal bonds, investors can look forward to many of the same savings in 2018 as in years past. New corporate and personal tax cuts taking effect in 2018, say muni advisors, largely keep intact favorable deductions for affluent clients.

But not all types of exclusions will prevail under the new tax plan. Flying under the radar of many high net worth investors is a wrinkle that effectively cuts exemptions on a large swath of this $3.8 trillion market, notes Jeff Timlin, a managing director at Sage Advisory Services in Austin, Texas.

The new tax legislation is set to eliminate tax-favorable treatment of so-called advance refunding bonds. These are bonds which are issued to help local authorities refinance old debt.

“Since they no longer have opportunities to use exemptions on advance refund bonds,” Timlin says, “the new tax law essentially limits issuers’ ability to lower their borrowing costs.”

That could impact up to 30% of new issuance, estimates the veteran advisor, whose firm manages more than $12 billion. “It changes the supply dynamics of the market,” Timlin says. “In effect, it will lower the supply of munis. Depending on inflows, it could support higher prices.”

“Right now, elimination of the exemption on advance refunding bonds looks to have a fairly modest impact as it relates to new supply,” Timlin says.

Since nothing has changed in terms of broader market structures, he doesn’t expect to change his investment strategy for clients with large allocations to munis. “But as this year progresses, we’re going to be closely monitoring to see if the new laws change valuations enough to stunt muni yields relative to taxable bonds,” Timlin says.

Brian Therien, a fixed income analyst at Edward Jones, is also watching to see if munis undergo any significant hits to supply as the loss of such exemptions plays out in 2018.

But he’s also keeping an eye on the elimination of tax credit bonds, which gave tax-favored status to many energy conservation and renewable energy projects.

“It wasn’t a huge program but these tax credits were a source to support muni issuance in these areas in the past,” Therien says.

Also, a program in which government coffers were used to help defray local issuers’ costs largely came to an end with the new tax legislation, he points out. These types of munis — known as direct pay subsidy bonds — trace their roots to the old Build America Bonds program.

“It’s going to make it harder to justify from a tax perspective buying out-of-state muni bonds for affluent clients,” he says.

For example, a client living in New York might pay 10% in state income taxes. If his advisor buys a New York muni, then he won’t have to pay state taxes on the interest income generated. But if he purchases an out-of-state muni, then interest on that bond is taxable in New York.

In the past clients could deduct their state income taxes on their federal returns. For many of his clients, the loss of such deductions could amount to 6% higher costs for owning out-of-state munis, Pantekidis estimates.

“This loss of being able to take state and local tax deductions creates a higher hurdle that portfolio managers like ourselves are going to need to beat,” he says, “to diversify municipal bond portfolios while still maintaining a high level of tax efficiency.”

Advisors might also want to note that markup rules for munis go into effect in May, Pantekidis adds. “When we buy bonds through retail channels for clients, commissions aren’t currently broken out — they’re embedded in the total purchase price,” he says. 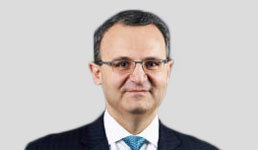 Such markup fees can amount to 1-2% per transaction. When investors buy and sell on relatively staid bonds “that can amount to a huge extra cost,” Pantekidis says.

As a result, he predicts more advisors will switch to buying munis through institutional money managers instead of retail brokerages. “It makes even more sense now to use dedicated municipal bond managers who have research teams in place to fully vet credit risks and avoid extra fees,” Pantekidis says. “If you primarily use retail brokers you’re risking ending up with bits and pieces of smaller lots – the market’s leftovers which can come with higher costs for your clients.”

The other possibility for advisors in trading munis for clients under the new markup regulation, he adds, is to simply lower fees. “Once people are able to pry out of their brokers how much in markups they’re paying,” Pantekidis says, “they’ll be able to negotiate and demand lower fees.”