Ellevest, the robo-advice firm aimed at women and co-founded by a former head of Merrill Lynch, is introducing human advisors to its offerings, according to a press release from the firm.

The firm founded by Sallie Krawcheck, who ran Merrill Lynch’s global wealth management unit from 2009 to 2011, will give clients access to human financial planners through an expanded service dubbed Ellevest Ascent, according to the press release.

Ellevest’s advisors will work with clients on personalized plans across financial aspects including career, family, cash flow, taxes, debt, credit, investment, insurance and retirement, the company says. The company did not disclose the fees associated with the hybrid platform but said it developed the option “by popular demand.” 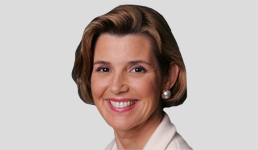