On Friday, Commonwealth Secretary William Galvin wrote to the DOL, reiterating his support and saying that Piwowar’s earlier letter to the agency included “erroneous and dangerous assertions about the Fiduciary Rule.”

Piwowar had written that the rule, which purports to require retirement account advisors to put clients’ interests first, would “extend beyond retirement accounts and will be disruptive of the broker-client relationship in general,” ThinkAdvisor writes.

Galvin says Piwowar’s comments are already being used as ammunition by the industry to attack the rule, according to the publication.

According to Galvin, Piwowar’s letter was brought up in the Fifth Circuit Court of Appeals in Texas as part of a legal challenge aimed at killing the rule, ThinkAdvisor writes.

Eugene Scalia, a lawyer at Gibson Dunn Partner who’s representing Sifma, the Financial Services Institute, the U.S. Chamber of Commerce and several other industry groups in their challenge of the fiduciary rule, pointed to Piwowar’s comments to buttress his case that the DOL “has overstepped its authority,” according to the publication. The court is scheduled to hear oral arguments in the case Monday morning, ThinkAdvisor writes.

The rule, which went into partial effect in June, faces other hurdles as well.

The DOL is currently reviewing the rule and has already signaled it’s weighing the possibility of delaying the rule’s full implementation date, currently scheduled for January. Meanwhile, GOP lawmakers are trying to kill the rule through legislation. 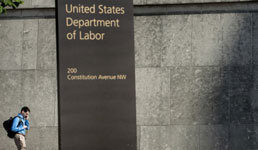 But the “independent advice industry is broadly ready for the DOL fiduciary rule,” Nick Georgis, senior vice president at Schwab Advisor Services, writes on WealthManagement.com. Nonetheless, the rule may have areas for improvement ahead of the January implementation date, he writes.

Meanwhile, LPL CEO Dan Arnold says the rule will cause more advisor moves as well as consolidation in the industry, WealthManagement.com writes. And LPL stands to win as a result because of the firm’s preparations for the rule, Arnold said in a conference call last week, according to the web publication.