Your Clients’ Cash Doesn’t Have to Sit Idle

FAs can get better financial insight into clients while making their parked money more profitable.

Compared to financial planning or portfolio management, cash management may not seem like a big deal. But if it’s done right it can help you stand out from other advisors and fend off rivals for new and existing clients.

After eight years of bottomed-out interest rates, the Federal Reserve System has in the past year and a half raised rates on its loans to banks by 100 basis points in increments to 1.25%.

In turn banks have steadily increased what they charge borrowers, as usual at rates well over the Fed’s vig.

But in this round of Fed rate-raising, banks haven’t returned the favor to depositors. The national average interest rate paid by a U.S. bank on a savings account is 0.06%, according to the consumer-advice website ValuePenguin. For money-market instruments, it’s 0.08%.

In effect, says Damien Lanyon of Lanyon Advisory in Del Mar, Calif., “banks haven’t raised the interest they pay depositors by a single penny” since the Fed started tightening the spigot in January 2016.

This matters to Lanyon because he caters to tech industry clients with significant cash reserves. Largely, these are set-asides for anticipated capital calls on venture plays, or they’re due to business sales, and other, often comp-based, returns.

As a result, says Lanyon, having “high-quality cash management solutions has always been a part of what we do.”

And chief among these solutions, adds Lanyon, whose firm manages about $63 million, is a tool called MaxMyInterest.

Long and short, MaxMyInterest is an online tool advisors can use to help their clients park cash in FDIC-covered bundles up to $250,000 in savings accounts that offer the highest interest payments. Instead of reaping the usual 0.08% to 0.09% most depositors get these days, MaxMyInterest customers glean, on average, 1.20%.

There are no minimum deposits and the cost of MaxMyInterest is eight basis points a year, assessed in 0.02% increments each quarter.

Mostly, the saving accounts on offer through MaxMyInterest are at online-only banks whose lower overhead lets them offer higher rates.

Zimmerman says consumers can set up accounts that offer higher rates along with FDIC protection, but it’s an exacting and time-consuming task. With MaxMyInterest a customer can get going in about a day after a 30-minute set-up. From that point, the funding of accounts, with a default to those with the highest rates, is automatic. 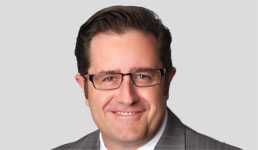 Advisors whose clients use MaxMyInterest can get “visibility on their client’s cash” through a permission-based dashboard, according to Zimmerman. In turn, he says FAs find this provides fuel for “discussions of clients’ cash needs and risk tolerances” in the context of their big-picture financial planning.

For Jonathan Porter, CEO of Three Bell Capital in Los Altos, Calif., “MaxMyInterest is a critical component” of his firm’s wealth management.

“As our clients’ CFO, we take responsibility for them for all things financial,” says Porter, whose firm manages $500 million. “A variety of financial variables can have a an impact” on clients, including everything from investing to tax and estate planning, he adds. “MaxMyInterest is part of that solutions set.”

And crucially, says Porter, MaxMyInterest works only with “strong banks.”

The CEO explains: “The Achilles heel I thought I might see when I first heard of MaxMyInterest was uncreditworthy banks.”

Porter also worried initially about liquidity constraints similar to those common with certificates of deposit. In fact, though, he says there are no such roadblocks with MaxMyInterest.

Meanwhile Lanyon views MaxMyInterest primarily as a means to help his entrepreneurial clients meet “those cap-call reserves” — though he’s just as quick to tout its broader efficacy.

“From an asset allocation point of view,” he says, “or if they want to spend money, it helps us budget out a cash reserve that’s still productive.”

Still, as far as anyone whom FA-IQ spoke with for this article knows, no one else is doing what five-year-old MaxMyInterest does.