Brokerages May Go the Way of the Buggy Whip

Transactional wealth management is dying. Traditional brokerage-style approaches are being done in by regulatory changes, technological innovation and the advent of new clients with new priorities, according to some industry observers.

And, they say, there’s really no bringing it back.

“This industry will follow the direction already taken in the U.K., where something like the DOL rule holds for all assets,” Paul Pagnato of PagnatoKarp Partners, a wealth firm in Reston, Va., says in reference to the Department of Labor’s new fiduciary rule, which mandates that advisors act as client-first fiduciaries when dealing with their customers’ retirement money.

The upshot of this forecast, says Pagnato, is that “wealth management as we know it is dead.”

But sweeping regulatory innovation — with the prospect of more to come — isn’t all that’s driving change in the industry, according to Pagnato.

Even as regulatory pressures “change how firms conduct business,” technology is bulldozing the competitive landscape, says Pagnato. “Technology increases exponentially, so its capacity is doubling every six months.”

Once “banks had massive competitive advantages” over independent outfits by virtue of having in-house technology complexes, says Pagnato. But now small firms buy tech from outsourcers for whom keeping up with competitors is job one, not a contentious budget item among many others.

In technology, the old equation “has been reversed,” says Pagnato. “Now smaller companies are embracing new technology” while bigger firms have to make do. “It’s a trend that’s just getting started.”

But the biggest threat to traditional wealth management may be an unstoppable demographic shift closely related both to compliance and technology.

“A third of the baby boom generation will be dead in 10 years, with $10 trillion changing hands” as a result, says Pagnato.

And the recipients of this massive windfall don’t like traditional wealth management. While some industry watchers hold out hope these inheritors will abandon their “robo” playthings for old-school wealth management as they get closer to retirement, Pagnato thinks that’s a pipe dream.

In his view, post-baby boom clients grew up with technology and can’t imagine it anywhere but at the forefront of their relationships with their service providers.

In another paradigm shifter, next-gen clients don’t view penny-pinching as a fad of relative youth to be dropped in their twilight years, according to Duncan Rolph of Miracle Mile Advisors in Los Angeles.

New clients, their financial senses honed in the crisis of 2008, “come in with a skeptical eye,” says Rolph, whose “fee-only, high-touch” firm manages around $800 million. “They want to know how you get paid and they want to know what they’re missing” in terms of all-in pricing structures, “and that’s not going to change.”

Rolph sees this as a healthy development for fiduciary firms that embrace technologies. He says such firms empower clients to relate to FAs on their own terms. In addition, many use index-tracking investment products to keep prices down. 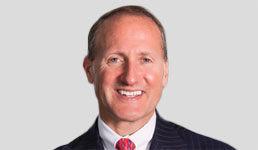 In fact, says Rolph, these shifts have accelerated a longstanding trend. “There is a huge movement of financial advisors going independent with 500 new RIAs created every year” through the past few years.

“We used to be the underdogs,” says Rolph. “Now that’s been flipped on its head and people are actively seeking out independent advisors.”

Last year broker-dealers in the U.S. and Canada were in the grips of “a dichotomy,” according to Kennedy. For the second year in a row, brokerages saw a “decline in gross production, despite record highs in assets per advisor” in 2016.

While this has “a glass half full” side — generally, fewer clients on more assets is a sign of efficiency — it also hints at trouble to come, says Kennedy. And it suggests brokerages are having “less resonance with new investors.”

Never mind younger millennials, he says -- brokerages are getting little traction with Generation X, whose oldest members are now in their early fifties.

This is bad news indeed for a wealth management channel for whom clients of the baby boom and previous generations make up 90% of assets, adds Kennedy — especially amid evidence that post-boomers are “going to other, less transactional channels,” such as RIAs and robo-advice platforms.

But there’s hope for brokerages, says Kennedy. Specifically, he says it lies in adopting outsourced technologies and shedding sponsor-side ties to investment products.

In sum, adds Pagnato of PagnatoKarp, the survival of brokerage-based wealth management depends on how skilled individual firms in that channel are in “turning twentieth-century companies into twenty-first-century businesses.”