Do Successful Active Managers Take Too Many Risks?

For some FAs, a new study says dig deeper for active gems; for others it says steer clear.

Indexers know that buying funds with high rates of "tracking error" can be risky. But a new study by Notre Dame Professor Martijn Cremers warns that active managers who aren’t willing to take enough chances relative to their benchmarking rivals risk costing clients even more.

The research, as reported by the Financial Times, finds that funds showing lots of similarities to their closest benchmarks — known as “index huggers” — returned on average nearly 1.4 percentage points less annually than their indexes over a 25-year period.

“This study really highlights some good strategies for advisors to use in separating the wheat from the chaff among third-party fund managers,” says Andy Kapyrin, chief investment officer at RegentAtlantic in Morristown, N.J., which manages more than $3 billion.

In the piece, Cremers credits low “active share” ratings for such lagging performance. The noted academic’s calculation measures how much of an active investment manager’s portfolio is uniquely put together compared to its relative benchmark.

As a side note, he observes that fund managers who stick most closely to their indexes tend to come with higher fees. Cremers also points out that on the whole, managers who take fewer risks in picking securities tend to attract more assets.

Jeffrey DeMaso of Adviser Investments in Newton, Mass., notices the same trend. “Unfortunately, when index huggers do attract a good deal of assets, it tends to be at the wrong time — when performance has peaked is when poor investment behavior takes place and people gravitate to these funds,” says the research director at the independent RIA, which manages about $4.7 billion.

DeMaso also finds that Cremers’ paper supports a view that successful long-term active managers often oversee relatively concentrated portfolios. That lets them “ride their winners” and “put together portfolios designed with high levels of conviction” in their stock-picking prowess, he says.

Another key take from the report that DeMaso figures might be good for advisors to bring up with their clients: It’s almost “inevitable” that top managers will underperform at different times.

“We do tell clients that they should expect a good manager who has a concentrated portfolio and puts a lot of conviction behind his picks to fall out of favor at some point,” he says.

To RegentAtlantic’s Kapyrin, one of the main takeaways from Cremers’ study is to look at less heavily-traveled parts of the market to find sterling managers. Those might include small-cap stocks, emerging markets securities and junk bonds. 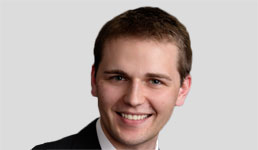 The firm’s eight-member investment committee doesn’t spend a lot of time coming up with its own active share calculations, according to Kapyrin. But there are a few ways to protect against investing in managers who charge higher fees without adding much long-term value, he says.

Those include regularly tracking how they do compared to rival index funds as well as other active managers in their same categories. Checking to see how much overlap in holdings exist between a fund and its closest benchmark can also be useful to monitor, Kapyrin says.

Perhaps most important, though, he suggests advisors might find it useful to interview managers before hiring them for client portfolios. “Our investment committee finds that talking directly to managers and their investment teams is the best way to discover who are the index huggers and who aren’t,” he says.

But others who’ve read Cremers’ latest research argue that such extra number crunching and research into individual management styles can take precious time away from keeping up with bigger picture investment issues.

The firm, which manages about $10 billion, invests alongside largely passive managers through fund families like Dimensional Fund Advisors, Bridgeway and Vanguard.

Instead of focusing on Cremers’ findings that it’s possible to find good active managers, Grogan views such research as more evidence of the difficulty in uncovering stock pickers who’ll be able to consistently beat their benchmarks over time.

“Even if you believe in active management, this study should raise the question of how much active management you really want to expose your clients to at any given time,” he says. “In our view, that’s a key issue at the heart of the strategic asset allocation process.”