The Internet May Force More Fee Disclosure on FAs

How much advisors should tell prospects on their sites will depend on their competition.

When deciding how much to say about their fees on their websites, financial advisors need to examine how much is disclosed by their rivals, Jack Waymire argues on Seeking Alpha.

The key to ensuring prospects don’t get turned off while comparison-shopping among potential advisors is to project trustworthiness, according to Waymire, founder of the RIA-focused marketing firm Paladin Digital Marketing. When it comes to disclosure, they have four choices, he writes: disclose nothing about fees; give out some guidance on what they charge; disclose limited information; or be completely open.

Hardly any advisors elect to go into detail about their own fees, or money managers’ or custodian fees, he writes. Fees, after all, vary by the type of service the client requires and will be different for each one.

Nonetheless, advisors do need to look at what’s disclosed by other advisors their prospects could be considering, recommends Waymire.

Hiding information will become increasingly suspicious as some advisors begin to disclose more, he writes.

So while it may appear logical to not disclose anything at all about fees on their websites – because advisors’ fees vary by service – it will likely turn off prospects, according to Waymire. 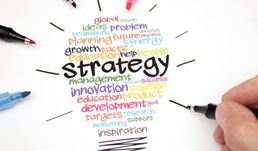 Another option is to give some idea about the fees, such as stating the percentage the advisor charges based on assets, or disclose that they get paid a fixed or hourly fee without actually giving a figure, he writes. Alternatively, advisors can break down their fee schedule but not go into detail about the cut-off levels of an investor’s account at which those fees change, according to Waymire.

Whatever option advisors choose should be guided by what’s already out there on their direct competitors’ websites, he writes.