Many advisors have invested significantly to comply and investors are more aware.

The U.S. Department of Labor’s fiduciary rule could well be totally scrapped or revised, but the financial advisory industry is already moving toward a best practice fiduciary standard and this momentum would be difficult to stop, a cross-section of industry experts say.

The DOL rule requires retirement account advisors to act as fiduciaries – to put their clients’ best interests before their own – by April 10. Broker-dealers who are currently held to a suitability standard – which requires investment advice merely be suitable to the client – are expected to experience more disruption compared to RIAs who are already held to a fiduciary standard.

But DOL rule implementation is now in limbo following a presidential memorandum signed Friday by U.S. President Donald Trump. The memorandum directs the DOL to propose a new rule rescinding or revising the fiduciary rule if it concludes, following a review, that the rule harms investors, results in dislocations or disruptions in the retirement services industry, or is likely to increase litigation for advisors and costs for investors.

Regardless of the fate of the DOL rule, lawyers and analysts contend it would be difficult to reverse its impact on the retirement market, given there is already momentum toward a fiduciary standard. Many advisors have poured substantial resources into complying with fiduciary requirements, while investors are more aware of what it means for advisors to function as fiduciaries, thanks in large part to the regulatory updates advisors have already sent to their clients and to extensive media coverage of the rule change.

“A number of financial organizations have revised their product lineups, their approach to compensating client-facing advisors and their relationships with product providers” and have spent a “tremendous amount of time and dollars,” says John Cannon, a New York-based partner at the compensation, governance and ERISA group at law firm Shearman & Sterling.

The operational and strategic changes advisors have put in place are “going to be tested in the commercial marketplace and pushed competitively” with or without the DOL rule, says Kenneth Laverriere, Cannon’s colleague at Shearman & Sterling. 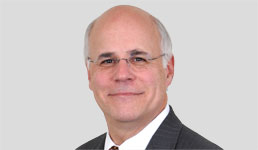 “The reality is that the rule is only accelerating – not causing – some of the fundamental trends that had already been taking hold across the retirement industry: the shift toward greater transparency, fee-based compensation, lower-cost products and digital advice solutions,” says Scott Couto, president of Fidelity Institutional Asset Management. “These will likely remain with or without the DOL rule being applicable, in part due to changing consumer preferences and new technologies. Regardless of the fate of the DOL rule, advisors may find that proactively taking action now will better prepare them for the future.”

By the end of 2016, Morgan Stanley, Wells Fargo, Edward Jones, Raymond James and Ameriprise were among the broker-dealers that said they would use the rule’s so-called best interest contract exemption. Signed by both an advisor and a client, the BICE acknowledges the advisor’s role as a fiduciary while allowing the charging of commissions from retirement accounts. In the other camp, by the end of last year Merrill Lynch, JPMorgan Chase, Capital One Investing and Commonwealth Financial Network were among broker-dealers that said they would ban commissions in retirement accounts.

UBS is the only wirehouse that hasn’t announced plans to comply with the DOL rule, expecting the regulation could be rescinded.

In reaction to Trump’s Friday memorandum Morgan Stanley, LPL, Merrill Lynch and Wells Fargo are among the broker-dealers that have said they are proceeding with their original DOL rule compliance plans.

Morgan Stanley says it will proceed with many of its compliance plans, describing the move as a reflection of its “ongoing commitment to raising the standard of care we provide our retirement and non-retirement clients.” Those plans include reductions in trade commissions on stocks and ETFs, enhancements to client disclosures and a redesign of certain products.

LPL says it still believes a best interest standard is appropriate for the industry. LPL executives said in August the company was standardizing broker commissions and reviewing product offerings, among other initiatives.

Since the president’s November election the industry and investors have been waiting to see Trump’s view on the fiduciary rule. But rather than provide any clarity about the DOL rule’s fate, some argue Trump’s directive may have injected a certain amount of confusion.

An earlier draft of Trump’s memorandum instructed the DOL to postpone the fiduciary rule’s implementation by six months. But the final published memorandum made no mention of any time period for the review. Acting U.S. Secretary of Labor Edward Hugler says in a statement issued Friday that the DOL “will now consider its legal options to delay the applicability date” of the fiduciary rule.

That leaves advisors with “huge uncertainty” over the fate of the DOL rule for now, says Shearman & Sterling’s Laverriere.

“It is not clear to us whether this is intended to engender a meaningful debate around the importance of the rule or if this step is simply strategic to give Congress time to pass a law getting rid of the rule,” he says. “Uncertainty is expensive and it causes confusion.” 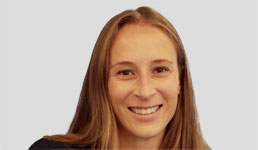 While there is uncertainty, Kelley Byrnes, a New York-based wealth management analyst at Celent, believes advisors will just have to “march toward April 10 until they hear otherwise.”

At his weekly press briefing Friday, White House press secretary Sean Spicer seemed to make clear where the current administration stands on the DOL rule, describing it as “burdensome” and “a solution in search of a problem,” adding “there are better ways to protect investors.” The DOL “exceeded its authority” with the fiduciary rule, and that is “exactly the kind of regulatory overreach that President Trump was placed in office to stop,” he noted.

Spicer said that while the DOL rule’s intent may have been to provide retirement investors with better financial advice, “in reality, its effect has been to limit financial services available to them.”

Financial Advisor IQ’s straw poll of advisors three days after the release of Trump’s memorandum shows that the majority, or 68%, of the respondents believe that Trump’s directives to review financial regulations are better for consumers. The rest believe consumers are worse off because of the review. The announced financial regulations review also includes the Dodd-Frank Wall Street Reform and Consumer Protection Act, with the latter covered under an executive order to review “laws, treaties, regulations, guidance, reporting, [and] record-keeping requirements.”

Although scrapping the DOL rule is an option cited in Trump’s memorandum, proponents of the fiduciary standard and consumer advocates “are not likely to allow the rule to die without a meaningful replacement or a meaningful fight,” says Shearman & Sterling’s Cannon.

Charles Herbert, Hartford, Conn.-based director of sales and marketing at RIA firm Bradley, Foster & Sargent which manages $3.1 billion, believes the DOL rule should be revised but not scrapped. He believes the DOL was well-intentioned when it sought more transparency regarding fees and how investors’ money is invested but agrees the fiduciary rule may have overreached.

“If you put the DOL rule and ERISA together, it’s a danger zone,” he says. “It appears like it’s designed for the protection of investors but the world isn’t theoretical. If the incentive for advisors to give guidance is taken away it could be argued that you’re actually hurting investors.”

Even if the DOL recommends scrapping the fiduciary rule, Marcia Wagner, Boston-based partner of the Wagner Law Group, says in a newsletter emailed to clients that it would not necessarily be the best course of action for advisors to undo all the compliance steps they have already taken, such as changing the onboarding process and documentation clients are required to review and execute, reducing investment platform size, and fiduciary responsibility training and education.

Meanwhile, just as proponents of the DOL rule expressed disappointment over the directive to review the regulation, those critical of it or with reservations welcome the move.

The “flaws” in the rule should be addressed, according to Investment Company Institute President Paul Schott Stevens, who says there must be a “harmonized standard” across the retail and retirement marketplace in coordination with the SEC.

Indeed, Wagner says a potential result of the review could be the SEC’s increased involvement in the process to produce a “uniform” definition of a fiduciary standard enforced by both the DOL and the SEC.