On the one hand you can't regulate honesty, but on the other hand, why shouldn't you try?

This article is a summary of a two-part series exploring advisor views on the DOL rule, after the November 9 presidential election result. You can read the original part one here, and part two here.

President-elect Donald Trump may have other priorities than the Department of Labor’s new fiduciary rule, which requires financial advisors of all stripes to put their customers’ interests before their own when dealing with retirement accounts such as 401(k)s and IRAs. But the incoming Chief Magistrate ran on a promise to reduce federal government regulations. And at least one influential member of his transition team — Anthony Scaramucci, co-chief of hedge-fund manager SkyBridge Capital — seems eager to see it disappear.

Many advisors — echoed in most of FA-IQ’s conversations with independent FAs — have the rule pegged for doom.

For instance, New York-based indie advisor Allan Katz, owner of an RIA called Comprehensive Wealth Management Group that offers securities through Royal Alliance Associates, says the DOL rule may come in for earlier attention from Trump’s reg busters than some think “because it hasn’t even taken effect yet and much of the industry is against it.”

For Katz, the rule’s advent and timing “doesn’t make much difference” because “as a CFP” — that is, one who holds the Certified Financial Planner designation — “I have always conducted myself as a fiduciary and only recommend what I truly feel is best for each client.”

That said, if the rule triggers an exodus of “less qualified advisors,” Katz, who charges clients on a project basis, reckons it would be “good for business.”

Bigger picture, Katz says the kind of ethical behavior the DOL rule seeks to encourage in FAs “really isn’t something that can be legislated.”

“It is assumed that financial planners, as professionals, have a social contract with society, governed by a code of ethics and a commitment to competence, integrity and morality,” says Mattia, a CFP who last year sold a $200 million in assets fee-only practice to concentrate on teaching a new generation of planners. “I believe the Department of Labor attached these attributes to all financial advisors when establishing the new fiduciary rule."

Mattia says there are FAs of all types who instinctively try to act in their clients’ best interests. But there are others “who have a different motivation or don’t even know what they don’t know.” In this light, Mattia says the DOL rule erroneously “assumes that removing conflicts of interest and creating regulation will ensure an advisor will act in the client’s best interest.”

But, asks Mattia, how can advisors truly put clients first “if they don’t have the human capital required to know what is in the client’s best interest?”

Michael Palazzolo, head of the Birmingham, Mich.-based RIA Fintentional, says that as a fiduciary he’s personally “indifferent to the potential demise of the DOL rule.”

But that’s not because he thinks it goes too far.

Palazzolo thinks this uncertainty “could cause even more confusion for people” despite the rule’s undoubted “good intentions” toward the consumer.

Robert Schmansky runs Clear Financial Advisors in nearby Livonia, Mich., an RIA that charges some clients on about $25 million under management and others on hourly or project bases. He says those who cheer the rule are “ignoring the costs to firms and clients alike.”

Adds Schmansky: “The rule has been a killer to new businesses and innovation” because firms have had to put so much energy into compliance.

Meanwhile, given uncertainty about its fate under a Trump administration, Schmansky says he’s “holding off on plans to raise fees and minimums to see what happens.”

In a November FA-IQ poll, 35% of readers predicted the rule will be repealed in fairly short order. The same percentage expects it to be watered down under Trump.

But others — including 31% of those who took part in this publication’s thumbnail survey — believe there’s no going back on the DOL rule.

Along these lines, asset manager SEI in November was warning advisors against holding out too much hope for a delay in implementation. As far as it’s concerned, the DOL rule will take effect in April, just as scheduled under soon-to-be former President Barack Obama.

And even if the rule goes south under Trump, a spokeswoman for Oaks, Pa.-based SEI says advice firms should prepare now for a compliance overhaul because — in its view — “a new regulation would need to be proposed in order to repeal” what’s on the books now.

Meanwhile Kevin Couper, an FA with Sontag Advisory in New York, can’t fathom “why Trump would want to dismantle” a rule that “promotes transparency, avoids conflicts of interest and holds advisors accountable for their recommendations.”

Adds Couper, whose employer manages $4.2 billion: “Annuities, poor fund selections and excessive fees” — things banned or curtailed by the rule — “should have no part in a retirement plan.”

Putting it plainly, “There are many investors who do not get investment advice in their own best interests and this rule aims to protect them,” says Archambault, whose firm manages $211 million. In this context, he asks, “How could putting a client’s interest ahead of your own be a bad thing?”

As an RIA owner, Archambault and his colleagues have long thought their firm’s status as a fiduciary practice “a competitive advantage” over non-fiduciary rivals. But for the sake of consumers, and for the economic well-being of all retirement savers, he says “we would welcome this rule to apply to all” advisors. 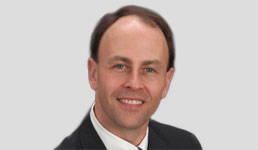 John Gugle, chief investment officer of Alpha Financial Advisors in Charlotte, N.C., is another FA with fingers crossed the DOL rule stays intact and on schedule.

“If we have firmly established the fact that American investors have paid a heavy price in the form of lower retirement savings thanks to expensive products, sales gimmicks, and investment advice that is not in their best interests, why would we want to return to a system where some advisors deliver advice that puts clients’ interests first and others deliver advice where the advisor’s interests are best served?” Gugle wants to know.

“When candidate Trump talked about ‘draining the swamp’ in Washington, he very well could have been talking about draining the swamp in the financial advisory business,” he says. “The same issues — taking advantage of unwitting customers, putting your own interests ahead of the public’s best interests, shady compensation structures, etc. — that corrupt Washington, corrupt the financial service industry.”

As an advisor who charges his clients retainers rather than fees on assets under management, fledgling RIA owner Neil Maxwell of Parker, Colo., supposes he’s among the advisors “considered to have the least amount of change to implement in order to comply with the DOL.”

So if the rule comes, goes or shoots sideways, he says it’s unlikely to have too much impact on him in terms of day-to-day operations.

Bigger picture, though, Maxwell thinks the DOL rule’s demise would be “sad” because “people deserve transparency and they also deserve real advice and not just a sales rep.”