Origin Stories, Part 6: ‘I Thought I Was Going Into Real Estate’

For some, becoming a financial advisor was a matter of finding a port in an storm.

We asked financial advisors how they ended up doing what they do. In Part 6 of the series, we look at FAs who got where they are — at least initially — in reaction to tough economic times. Read the rest of the series here.

Jon Ten Haagen, an avid sailor, was selling brand-new yachts for a living when the Oil Embargo of the mid-1970s hit the U.S. economy with the force of a meteor.

“No one was buying because of the increase in the cost of building a fiberglass boat,” Ten Haagen says of the effect of the demand-crushing crisis on his industry.

That left the young man in sharp need of another way to make ends meet.

His research into other professions that caught his eye told him it would take between four and six years — and a lot of money — to become either an accountant or an attorney.

But “to be a stockbroker was only the Series 7 test and a sponsorship by a wirehouse,” he says. ”I applied and was accepted.”

Ten Haagen was with PaineWebber — now part of UBS — for 17 years, the last six as a branch manager.

In 1993, he founded his own firm — Ten Haagen Financial Group in Huntington, New York — and he hasn’t looked back since.

“I help people daily to make smart decisions for their future,” says the advisor, who manages more than $30 million and is “mostly paid with a trail.”

Ten Haagen — who is frequently interviewed on television and quoted in newspapers as an expert on wealth management — considers his decision to become a financial advisor in a time of economic turmoil “one of the best moves” he’s ever made.

For this article, FA-IQ didn’t hear from advisors who were propelled into this business out of desperation in the wake of recent market downturns in 2000 and 2008. That could be because this series is based on a survey — if you can even call it that — of fewer that 20 FAs. But it also raises the possibility that it takes time to recognize the true motivations behind one’s career choices, especially when they’re made under duress. 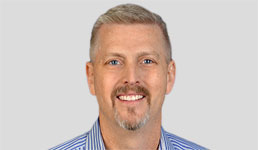 Clark Randall is under no delusions about how he got on the road that led to him running Dallas-based Financial Enlightenment.

Initially, Randall “had absolutely no desire” to get in this business, he tells FA-IQ.

But his hands were tied.

Randall graduated from college with a degree in finance in 1985 — straight into the teeth of an economic crisis marked by stagflation and unemployment rates higher than at any period since World War II.

“I had thought I was going to be in real estate or banking,” says Randall of his pre-graduation plans. “Obviously that would not work out.”

So he answered a want ad calling for insurance agents — and got a position.

“It was a very tough start but I learned a lot about people and about their financial needs,” says Randall. “I then moved on to do full comprehensive financial planning.”

Now Randall looks at his decision to answer that insurance-sales ad — his gateway to a career in planning as “by far the most rewarding decision I ever made.”

Because, says Randall, it has put him in a position “to help people on a daily basis with one of the things that’s the most important to their security.”

Read the rest of the “Origins” series here.