Origin Stories, Part 3: ‘I Decided to Try Planning Myself’

Sometimes it’s a desire to steer one’s own financial ship that stokes a budding advisor.

We conducted an informal survey to find out how and why financial advisors chose their calling. The answers varied, but we were able to discern enough commonality to categorize them. Now, in Part 3 of the series, we focus on FAs who got where they are today from an interest in their own finances. Read Part 1 here and Part 2 here.

But the idea of becoming a financial advisor never crossed her mind.

Until, that is, about 12 years ago when interest in her own finances made her seek out an FA for some advice.

“The financial advisor talked with me about my future goals, a topic I hadn’t put much thought into at the time,” says Kimball, who now co-runs Apogee Wealth Advisors, a New York firm with $75 million under management.

Kimball discovered she was broadly on track in her retirement planning. But crucially, the advisor also helped her see some problems. For one thing, an ex-boyfriend was still a beneficiary on her 401(k). And, the advisor showed her, her Roth IRA was insufficiently diversified and more expensive than it should have been.

The overall experience was so positive, Kimball says, “I was inspired to switch careers.”

Unlike Kimball, it was an unpleasant experience with an advisor — several of them in fact — that propelled Patrick Dougherty into the advice business.

A decade and a half before he opened Dougherty Wealth Management in 2009, Dougherty was a manager in the human-resources industry and working on an MBA.

He was also a self-directed investor with — thanks to the financial media — a budding interest in financial planning.

But he felt the time had come to get some professional guidance. So he found what he thought was a planner in the Yellow Pages.

“After completing a plan he recommended as his entire solution: lots of permanent whole life insurance,” Dougherty says of his first brush with an FA. “I tried two more planners with the same results.”

Frustrated, Dougherty gave up on finding an advisor. “I decided to try planning myself.”

And so, in those days before the internet put so much information at people’s fingertips, he went to the library and started mapping out his financial future. 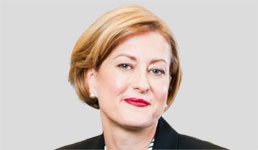 That was a turning point.

“After completing my very crude plan I realized that I had found my calling.”

To the extent, in fact, he decided to shift focus in his MBA from management to financial planning.

“I am very happy with the way it turned out,” says Dougherty, whose firm charges clients upfront fees for their initial plans, ongoing planning fees, and a lower fee on assets. “I love going to work.”

Hui-chin Chen is another advisor who made her first moves into planning as a way to get a better handle on her own money.

Chen, now co-owner of Pavlov Financial Planning in Arlington, Va., completed the education requirement to sit for the Certified Financial Planner exam about four years ago to advance her “personal education.”

But she was inspired to become an actual advisor while attending the Financial Planning Association’s Residency Program. Before that, she says, “I thought financial advisors just helped rich people get richer.”

The program “gave me a window into what being a good advisor is about: listening and building trust,” says Chen, whose firm charges clients monthly membership and per-session consulting fees.

This epiphany convinced her to pursue planning as a profession.

She says Silveira introduced her “to the idea of helping young people with their finances without asset minimum” — which is a central tenet of her work these days.

Steve Branton is an advisor with Mosaic Financial Partners in San Francisco, a firm that manages $555 million. And he’s another FA whose concern for his own financial future led him to new career.

Branton in fact explored a number of career paths in his twenties, including slots as a staff assistant with National Geographic Magazine and a location manager for TV and film.

At 30, Branton was a licensed Spanish-language court interpreter, a freelance position with no built-in retirement benefits.

Worried about that and eager to firm up his understanding of planning concepts, he says he “enrolled in the CFP program at a local university and quickly learned I really enjoyed the classes.”

After finishing the CFP coursework, Branton confirmed this classroom hunch when he started working with clients. “I realized,” he says in a phrase reminiscent of Dougherty’s description of a similar realization, “that this was my true calling.”