With last month’s deadline to comment on the SEC’s proposed limits on funds’ use of derivatives now passed, asset managers aren’t the only ones preparing in advance for a final ruling.

Wealth managers are also bracing for guidelines that would require funds to restrict their use of derivatives to an exposure-based limit of 150% of net assets. Alternatively, some funds might be allowed to follow a risk-based limit of 300% of total assets, reports FA-IQ’s sister publication, Ignites.

“Until a final rule is published – and it could come at any time – there’s going to be a lot of uncertainty about what the fallout in our industry will be from any change in policy,“ says Steve Janachowski, chief executive at San Francisco-area based Brouwer & Janachowski, which manages $1.3 billion.

Advisors at the independent RIA are concerned that regulators are casting too broad of a net.

“In concept, protecting investors against excessive speculation is a good idea,” says Janachowski. “But it could wind up being a case of overkill for advisors who’ve already set up extra layers of review to more closely scrutinize these types of funds.”

Earlier this month the DOL wound up making key revisions from its original proposal to upgrade fiduciary standards for retirement-oriented advice. Janachowski warns that the SEC could also make significant tweaks in its final derivatives rule.

As a result, he’s taking a “wait and see” attitude. Janachowski continues to steer clear of bear market mutual funds and leveraged ETFs. At the same time, the firm’s advisors say they aren’t ruling out investing in broader-based funds that use various types of futures contracts and other “synthetic” tools to complement their strategies.

Those include both international bond and stock categories, particularly in emerging markets. 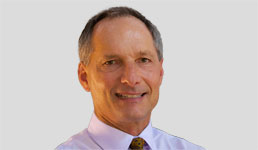 “There are so many diversified funds on the market today that employ some sort of synthetic strategy,” he says. “Too restrictive of a derivatives policy by the SEC could limit our options and give us fewer tools to help select the best funds possible for our clients.”

On the other hand, several advisors using covered call strategies to help boost income in client portfolios tell FA-IQ they see any SEC rule change as a net positive for their practices.

One of those taking a more optimistic view is Charles Barry, an advisor at Berkeley Capital Partners in Norcross, Ga., which manages about $400 million.

For more conservative investors, he’ll buy a stock and then sell a call option, or the obligation to sell the stock at a certain “strike price” within a certain time frame. In return, his clients – who are largely close to or already in retirement – receive cash as a premium for selling those contracts.

As regulators focus more on reducing excess derivatives risk in such generic funds, he says “a conservative and thoughtful derivatives strategy put into the hands of a trusted and experienced advisor” is going to become “even more attractive to investors” as a way to finely manage market risks and create new income streams.

“But this rule will impact everything touching on derivatives, including options strategies that are highly speculative in nature and are designed to significantly add more leverage to investment portfolios,” he says.

In anticipation of a final SEC rule coming out, Fross is now urging advisors he works with to “be sure to carefully think about how you’re going to defend any investment recommendations involving funds that use derivatives strategies” in case markets work against such positions.

That’s exactly what advisors at Regency Wealth Management in Ramsey, N.J., which manages about $170 million, say they’ve been doing for awhile now.

Although most open-end mutual funds are good about keeping up with and following regulatory changes, “it can still be challenging to figure out exactly what they’re doing” with synthetics, says firm partner Andrew Aran.

In terms of wading through public disclosures required by such funds, he finds that holdings reports are typically relatively dated and can be rather opaque.

“We’re hoping that once a final rule is published,” he says, “fund companies will feel compelled to provide more transparency to how and why they’re using derivatives across different portfolios at any given time."