Don’t Look for Financial Advice in the Shared Economy

This time last year, for instance, what New York taxi driver would have predicted that the prices for cab licenses would drop, as they did in the Big Apple, 40% — even as app-enabled livery-car service Uber’s valuation went through the roof?

Point is, shared-economy entrepreneurs can really roil an industry. And, with the advent of robo platforms, financial planners may not be completely immune, according to Cheryl Holland, who leads Abacus Planning Group in Columbia, S.C., which manages more than $850 million. “That outcome seems logical and viable to me,” she says. “Especially among younger planners.”

But Deena Katz of Miami-based Evensky & Katz/Foldes Financial Wealth Management is a skeptic. “While I am certain this may look like the next logical step from robo-advisors, I am not seeing this as a hot new alternative in the industry,” she says.

Whether the impact on the financial-advice space is direct or peripheral, most FAs agree it makes sense to monitor shared-economy developments. After all, services like Uber and Airbnb (an alternative to hotels and short-term apartment leases) have transformed big-ticket financial commitments like cars and houses into potential sources of income — and on the other side of such transactions, potentially cheaper vacations. 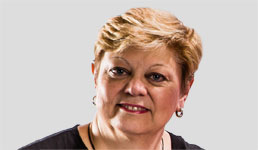 But that doesn’t mean shared-economy advisors are on the rise, says Katz, whose firm manages about $1.5 billion. “People like this idea for low cost and convenience, but when they are burned by working with some scam artist who absconds with all their savings, they are likely going to abandon this idea, she argues.

And anyway, adds Katz, there’s no regulatory framework under which a shared-economy financial-advice practice might operate.

Mark Kennedy of KPMG’s Centre for Business Analytics at the Imperial College Business School in London, agrees. “It won’t be straightforward how shared-economy industries should be regulated,” he says. “But a one-size-fits-all strategy would be a mistake.”

Still, Kennedy doesn’t think regulatory restraints will do much to slow the progress of shared-economy entrepreneurs – not where human behavior is the driver. “There will be things people want to share and things they won’t,” he says.

An example of something people are generally disinclined to share is underwear, says Kennedy. It’s an open question whether financial planning falls into the same bracket.

The big point here? Consumers may embrace convenience, but not, probably, at the expense of exclusivity – in appearance at least – and real confidentiality.