Your Idea of Effective Comms Might Not Be What Works

Advisors weigh in on strategies that resonate with busy, distracted clients.

Most advice to financial advisors about effective communication focuses on verbal strategies. But effective writing skills may be even more important, say FAs and industry experts alike.

“I put everything relevant in writing, to prevent clients from having defective or selective memory,” says advisor Larry Ginsburg of Ginsburg Financial Advisors in Oakland, Calif. This approach comes, in part, from his 25 years of experience as an expert witness in securities litigation.

Ginsburg, whose firm manages about $200 million, adds that the meeting summaries he sends out are probably the most important pieces of communication his clients receive. “They consistently tell us that they appreciate having that summary and a list of action points to follow up on.”

Ginsburg says he and his staff put special effort into every communication. “We spell out words, and we write in sentences,” he says. “I always assume that ten or 15 years later any document I’m writing might be used for another purpose, and it should look professional.” He additionally views client communication as a marketing opportunity that can reinforce how clients — and prospects — perceive his firm. “My emails are all written so that if they’re forwarded, I look as professional as possible,” he adds.

The way an advisor phrases an email or a blog post can send important messages to clients or readers, says Susan Weiner, a communications coach to financial advisors. FAs often forget their communication should focus on the reader, she points out. “They may start with a sentence like, ‘We are gratified by how well our portfolio has held up,’” she says. “But you should really flip that on its head, and make it, ‘Your portfolio held up well.’” 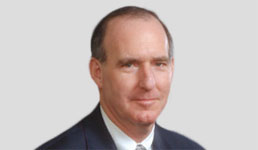 Attention-getting tactics are also important, according to Weiner. Clients might easily ignore an email titled, “A new form,” while they are likely to open one that warns, “Action required by June 30.” It’s also an easy fix. “Most practice-management changes are going to take weeks or months to implement, but improving your subject line is something you can do in a few minutes,” she says.

In any written communication, emphasize and summarize your main points at the top, Weiner advises. “Use headings, subheadings and bullet points — anything you can do to make it easy for a reader to digest it quickly or even to skim it.”

Stephen Lovell of Lovell Wealth Legacy in San Francisco is big on numbered lists in his communications with clients. “I hope they’ll recognize that each one of those numbers is a separate issue, and each one requires a response,” he says. “I don’t want them to give me a general response; I want a response to each item.”

“Remember, back in the 70s, we were writing memorandums,” says Lovell, who manages roughly $50 million. Now — thanks mainly to email, he says — business writing is shorter and more focused on immediate goals. An example would be a note reminding a client of paperwork needed for an upcoming meeting, which calls for clarity and — where possible — brevity.

Still, whatever the form of writing, Lovell believes the process of writing helps him as an advisor. “It’s made me a better advisor,” he says. “The fact that I have to regularly set down in words what I think means I get clearer about what I think.”