Art Appreciation as a Lure for Ultra-Wealthy Clients

One Morgan Stanley team takes the direct route where others call in experts.

An eye-popping big-money moment occurred at a Christie’s auction this month, when an art collector bought a painting by Amedeo Modigliani for $170.4 million — the second highest price ever paid for an artwork at an auction.

How might financial advisors exploit the opportunities of such well-heeled enthusiasm for art?

Dan Desmond has set his cap on this goal precisely. “Our efforts are always within the art community and art world,” explains Desmond, who is the executive director of a three-advisor Morgan Stanley team, called the Blue Rider Group in homage to an influential group of painters based in pre–World War I Germany. The team — which declines to say how much it manages — markets itself by promoting the art background and previous related art-world experiences of its advisors. Desmond, for instance, worked at the online auction house Artnet.com. He switched careers, becoming an advisor with JPMorgan Chase before moving to Morgan Stanley this past summer.

Some of his team’s clients are institutions that work with artists, some are artists whose work fetches prices that have made them very rich, and others are ultra-high-net-worth clients who collect art.

Clients and prospects appreciate Blue Rider’s capabilities to sponsor or host intimate gatherings of artists, collectors and representatives from cultural institutions, Desmond says. He adds that his team’s advisors don’t serve as art experts and never tell clients what to buy or not to buy. 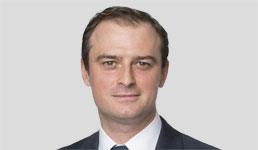 But the idea of financial advisors linking client development to the art world isn’t new, says Leslie Rankow, who advises collectors in New York and earns a commission on their purchases. In addition to Morgan Stanley’s Blue Rider Group, she mentions Citigroup’s Private Bank Art Advisory & Finance and UBS in general.

Suzanne Gyorgy, who leads Citi’s art-advice group, says her group isn’t a direct-to-client service but a resource for the institution’s private bankers. “Everyone here has at least 15 years’ experience working in the art world — which is a differentiator from people working in the financial sector who like art and are using it as a hook for clients,” she says.

Prospective clients, however, are often initially drawn to work with Citi because of her team’s expertise, Gyorgy says. “We are often the touch point that brings new clients to the bank.”