Morningstar Planning to Expand Robo-like Toolkit for FAs in 2016

By buying and bundling, the famous fund rater ups its advisor-tech game.

Robo-advisors like Betterment and Wealthfront are on the hunt to turn technology into the common investor’s best friend. But for upper-tier clients, institutional service providers are also making a push to deliver portfolio tools to advisors on a host of different fronts.

The latest is Chicago-based investment researcher Morningstar. The firm’s technology managers say they’re expecting to deliver strategic upgrades to popular software platforms early next year. These include Advisor Workstation, which the company says is being used by about 150,000 advisors, and its Office suite of services, now in use at 4,000 RIAs.

The move follows a raft of new-feature rollouts, from partnerships with well-known third-party planning providers to acquisitions of former tech rivals.

“Even as recently as two years ago, Morningstar was looking to offer umbrella types of solutions that could be the be-all and end-all for advisors,” says Neal Quon, an Orange, Calif.-based technology consultant who works with RIAs and independent broker-dealers. “Now we’re seeing them change their strategy to evolve into less of a closed system and more of a best-of-breed service provider.”

And, adds Quon, there’s plenty of potential demand for such offerings among growing firms looking to keep FAs, big and small, from straying to nimbler rivals. “In responding to market demand by building out a more comprehensive research and portfolio-analytics system,” he says Morningstar has “learned there’s a lot more involved — including CRM and front-office-presentation tools.”

As a result, the consultant expects to see Morningstar keep “evolving” by aggressively seeking out “key strategic partnerships and acquisitions” to expand its platform. “They’re positioning themselves to become a much deeper integration player in the U.S. advisory services marketplace,” says Quon.

Indeed, Morningstar last week agreed to buy Total Rebalance Expert, which has developed a tool that lets FAs automatically rebalance client portfolios in a tax-efficient manner. Morningstar isn’t disclosing financial details, saying only that the deal is expected to close next month.

In April 2014, the company bought account-aggregator ByAllAccounts. This was followed by a flurry of dealmaking last summer, from a partnership with Schwab involving real-time client-account data to full-fledged integration with well-known financial-planning programs such as MoneyGuidePro and eMoney Advisor. CRM software from Redtail was added in the fall. In addition, portfolio stress-testing software from HiddenLevers and client-marketing services from Finance Logix were also added to the mix this year 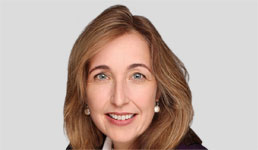 One feature is designed to provide more risk-screening tools for FAs to help measure and monitor market risks at the portfolio level. Morningstar has offered such online metrics before for individual U.S. stocks, but not for allocations of large baskets of funds sizing up overall holdings, according to Rothschild.

This big-picture enhancement will come in several different flavors, she adds. For example, advisors will be able to evaluate a fund portfolio’s underlying stocks in terms of sustainable competitiveness, or “margins of safety.” Also in the works is bringing Morningstar’s in-house discounted cash flow model to the fingertips of FAs to help them size up fund valuations. In all, Rothschild says that a dozen or more other metrics are being looked at to eventually add into the Workstation and Office platforms.

Also planned in the first quarter of 2016 are quantitative rankings of global stock funds by various environmental, social and corporate governance factors. The ESG scores will use independent analysis by Amsterdam-based Sustainalytics, another new Morningstar partner. Advisors will be able to compare ESG scores not just against rivals, says Rothschild, but also across categories.

For broader financial-planning tasks such as modeling different retirement scenarios and adjusting long-term financial goals, Jones favors MoneyGuidePro. “Like a lot of firms, we’ve got long-standing relationships with best-of-breed technology providers already in place,” he says. “So although we’ve started to make smaller moves on the edges, it can get complicated to dramatically change our lineup over a relatively short period of time.”