Blended Families Aren't Just a Fact; for FAs, They're a Problem

For one thing, they're less sure how to split the wealth than traditional families.

It’s time, perhaps, to reconfigure your idea of what a family looks like. Less than one-fifth of all U.S. households consist of married, heterosexual couples with children. Even among the high-net-worth population, such family arrangements are increasingly not the norm.

Unfortunately, many financial-planning models still make assumptions based on the traditional nuclear family of a mom, a dad, and 2.3 kids. Nearly three-quarters of investors feel as though financial advice is typically designed with only the traditional family in mind, according to a recent UBS report. Such assumptions can have lasting consequences; advisors who don’t take the unique concerns and challenges of blended families into account risk leaving their clients exposed to legal or financial consequences.

“Most advisors grew up in the Leave It to Beaver generation. Now we’re in the Modern Family generation,” says Frank Cannon, first vice president of wealth management at UBS Financial Services in Baltimore, Md., which manages $145 billion nationwide. As advisors’ books of clients grow to reflect the changing demographics of the American family, advisors themselves are having to play catch-up.

It’s important to check your assumptions at the door when working with blended families. When meeting with new or prospective clients, Cannon suggests asking open-ended questions — for example, “Tell me about your family” — and then listening closely to the story the client provides. Don’t be afraid to ask follow-up questions, either. “I’m a member of a blended family myself, and I refer to my wife’s daughter as ‘my daughter,’” Cannon says. “An advisor who just made assumptions based on that phrasing could be missing some important information. Don’t be afraid to politely probe to get the complete picture.” Advisors might even want to draw out a family tree to keep track of a particularly complicated family situation, Cannon suggests. 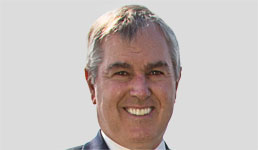 When clients get married later in life, the financial-planning aspect is often much more complicated than it is for two people in their early twenties who don’t have much in the way of assets, says Alex Menassa, a senior financial advisor at Szarka Financial, a Cleveland, Ohio-based financial-planning firm affiliated with FSC Securities Corporation, which manages $5.3 billion. That’s one reason why it’s crucial to meet with both parties as soon as possible. Use this meeting as an opportunity to bring up crucial issues, such as how the family plans to divide up daily expenses. Oftentimes, clients may be operating under different assumptions — for example, one person believes that both spouses should be equally responsible for shared expenses, while the other assumes that each will be paying a proportion of their earnings.

Encouraging clients to have this conversation early on can make the blending process go more smoothly, Menassa says. “These are ostensibly financial discussions, but the meetings can turn into a kind of marriage counseling session. You’re encouraging them to think about and discuss issues that may not have occurred to them yet.”

Catherine Avery, founder of New Canaan, Conn.-based Catherine Avery Investment Management, which manages $53 million, agrees that advisors can play a valuable role by encouraging clients to think about the practical and financial side of blending families. This can be particularly important for women, Avery says. “Some of my female clients still have a lot of anxiety about managing their finances,” Avery says. “I see the advisors’ role as helping them ensure they’re making decisions proactively, rather than making assumptions or not taking any action at all.”

When Avery meets with a client who is getting remarried or otherwise blending her family, she goes through her existing financial plan step by step to see how the new arrangement will change things. She also encourages clients to make appointments to visit their estate-planning attorney and to rewrite their wills to reflect their new family situation.

According to the UBS report, two-thirds of blended families don’t know how they will divide up their wealth, compared to just half of traditional families. Avery agrees that open, honest discussions are the way to avoid potential pitfalls. “When the blended family comes together, you have three pools of money — his, hers and ours. The assumption is that her money will go to her kids and his to his. But how does that third piece of the pie get divided up? Or consider a situation where one partner doesn’t have children. Maybe his wife expects his money will go to her children, but he plans to give it to a charity he’s been involved with for years. You really can’t rely on assumptions for any blended-family arrangement.”