Advisors Who Warned Clients about the Stock Slump

For most, preparing for trouble is more about prudence than prophecy.

The stock-market slump may be making headlines, but it wasn’t a surprise for some veteran advisors. More to the point, these advisors took preemptive action before the market dropped — they sent out client notices earlier this summer telegraphing the likelihood of a market correction.

“I told them the first of August that I expected a pullback,” says Marie Moore, a Morgan Stanley advisor in Dallas, whose team manages more than $400 million. She then pared some equity from her clients’ portfolios, took a vacation to Italy, and returned just in time for all the volatility at the end of August. “People were actually calling and saying, ‘You called it,’” she says.

Moore abided by her mantra, “to always keep my clients informed,” so they don’t come to her panicked with urgent questions when markets turn. Still, a few clients have called recently to ask how long she believes the markets will remain this volatile. “I said, ‘I don’t think it’s over yet.’”

Pulling out of the equity markets with some precision was easier for Moore, since she invests clients in individual stocks. That’s not always easy for advisors who go with mutual funds, she says. “They are not able to pick and choose which aren’t really performing.”

Lee Financial, a planning firm in Dallas with $1.1 billion under management, stayed true to its policy of being proactive and not waiting for clients to call in. “We talk about it to all of our client-facing people,” says compliance chief Dusty Wallace. “We tell them to get out to your clients before they get to you.”

The clients who call with concerns are typically responding to the news. “How far down am I,” such clients have asked, according to Wallace. Fortunately, she adds, her clients’ diversified portfolios rarely dip as much as the broad markets people rant about on TV. 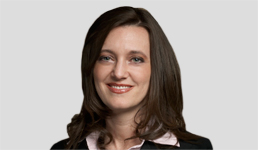 Ross Gerber knows all about warning clients about potential market corrections and about the potential traps of advisors appearing on television.

“They tape everything you say,” Gerber — who has appeared on CNBC, Fox Business, and Bloomberg — says about financial-news outlets.

This means people who claim on television they know ahead of time what the market will do — and get it wrong — don’t appear on television again, says Gerber, whose Santa Monica, Calif.-based firm Gerber Kawasaki Wealth & Investment Management manages $375 million. He says he gets asked back on TV shows because he doesn’t make foolhardy predictions.