Dealing With a Couple That Seems Headed for Divorce

You didn’t ask for this. The topic is asset allocation and they’re talking custody.

Did you ever get that feeling that you’ve suddenly become a divorce judge, when all you signed on for was a session as a financial advisor for a couple? It wouldn’t be surprising: The most significant increase in divorces nationwide has been among baby boomers, reported the Collaborative Law Institute of Minnesota last month. There are, however, a number of ways you can make peace between a couple you advise who might not even know they’re headed for the rocks.

A lot of red flags are obvious, although you might not be trained to see them. James Gottfurcht, a Los Angeles-based psychologist who runs Psychology of Money, says it’s pretty obvious an advisor has a problem in dealing with a couple’s finances when one of the partners disengages from the financial conversation. In that case, the advisor should face the non-responsive partner and ask a question like, “What specific questions do you have about your finances?” or, “Would you like to talk about what’s bothering you in this session?” he suggests. The answer may be about money or it may not.

Gottfurcht says the flip side of that is when one half of the married couple constantly interrupts the other and asserts his or her will. The psychologist recommends that, in such a case, you appeal to the constant talker and explain that the views of both partners are important and that this session is taking place to help both of them.

Neil Godsey, a managing director at Los Angeles-based Miracle Mile Advisors, which manages $500 million, says that while divorce is difficult for the couple, it’s also tough for the financial advisor who might have become close to either or both partners. He cautions that once you sense there’s relationship discord, “you have to communicate the same to both. Insist both spouses be on a phone call or email. Tell them up front you’ll send the information to both, and then do [so].”

He suggests two other rules to protect yourself, from a practical vantage point, if you suspect a separation is in the works.

“From a CYA perspective, I speak to my compliance officer and come clean. I want to make sure the firm knows and that compliance is giving me the best legal and ethical advice,” he says. “Laws can be different in different states. In California, for example, I needed compliance to tell me what sort of restrictions there were on account transactions depending on where the divorce proceeding stood.” 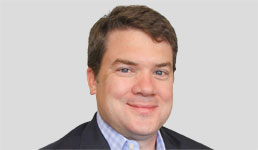 The final rule he sets for himself is to be on the lookout for a large withdrawal request from only one partner, the kind you might see when a separation or divorce comes up, he says. In that case, he first talks to the other partner to see whether it’s OK. If it isn’t, he gets both clients on the phone and suggests any further withdrawals require dual signatures until both parties agree they’re not needed.

Mary Gresham, an Atlanta-based psychologist who founded Atlanta Financial Psychology, has studied the psychology of money for 20 years. Sometimes, she warns, an advisor gets it wrong when suspecting marital problems between spouses by deciding to work with the spouse who is coming to the sessions, because that person talks, instead of with the one who isn’t coming. The trick here, she says, is to forge a relationship with the one who stays away. Then you’ll find out why he or she is absent in the process.

On the other hand, Annika Cushnie, a wealth advisor at Brightworth in Atlanta, which manages $1.3 billion, tries her best to stay out of any marital problems. “In my experience, I have never asked what’s going on,” she says.

The best thing she thinks an advisor can do is suggest to a couple in trouble that they get independent counsel from attorneys. Cushnie says, “My rule of thumb is that I owe fiduciary responsibilities to the client or clients who are present only.”

Of course, there are some warnings that can only mean a death knell. Godsey says he knows that when each partner has an entirely different perception of the same story, that’s never a good sign. “When they can’t agree on reality, that is one of the biggest predictors of divorce.” He adds, “I’ve had one spouse on the phone saying ‘It’s over’ and the other one on another line talking about reconciliation.”