The blogger, consultant and serial entrepreneur has come a long way since college.

Fresh out of college with no idea of what he wanted to do with his life, Michael Kitces took a commission sales job that he wound up failing at, and eventually bailing on. But from that experience working for a large insurance company came a germ of an idea for his true calling: financial planning.

Today, the 37-year-old partner at Columbia, Md.-based Pinnacle Advisory Group oversees research for the independent RIA, which manages $1.6 billion. At the same time, Kitces runs a popular blog and has started a for-profit business to support young advisors working with Generation X and Y clients. His other ventures include forays into business consulting and advisor headhunting.

“Michael has become a real industry personality,” says Bob Veres, publisher of Inside Information, one of wealth management’s longest-running trade newsletters. “He’s developed an unusual combination of technical smarts and intellectual honesty that makes him an important voice in financial planning.”

This year alone, Kitces is scheduled to speak at more than 70 different events. He says his Nerd’s Eye View blog, which turns five on Oct. 8, attracts about 100,000 unique visitors a month. And his Twitter audience tops 23,000 followers.

Recently, BrightScope ranked him one of the most popular online brands in wealth management, based on Google searches and social-media contacts. “It’s a little surreal,” Kitces says. “Ten years ago, all I’d ever done was one speaking engagement at a local FPA chapter and an article for a trade publication because the editor had asked me. I had no idea what was coming or where my career was heading.”

After seeing that prospecting wasn’t his strong suit, the liberal arts graduate from Bates College in Maine became interested in a colleague who was building a financial-advice practice at New England Life, now part of MetLife.

Less than a year later in 2001, Kitces found salaried work on the staff of a small advice shop in the Washington, D.C., area. Working nights and weekends, he earned three designations: CFP, CLU and ChFC. He also took online classes from the American College of Financial Services towards earning a master’s degree in financial planning. “It didn’t seem like work — I really found the material fascinating,” he says. 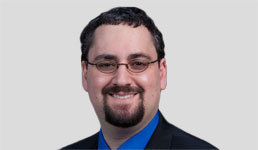 Kitces quickly started looking for bigger challenges. He became Pinnacle’s financial-planning director, a brand-new position at the firm, in 2002. “He was one of the smartest people we’d ever met,” says senior Pinnacle partner Dwight Mikulis. “It became apparent to us right away that the best use of his talents would be to give him a position where he had the flexibility to explore the most complex of financial-planning issues.”

By most accounts, Kitces thrived in the role. In 2012, he became the firm’s youngest full-fledged partner. Along the way, his business interests expanded to include launching The Kitces Report, an independent newsletter that now has about 900 subscribers. Besides writing, his separate media ventures include putting on webinars and speaking to a growing list of trade and financial-service groups about trends in wealth management.

But a big part of Kitces’ work in the past few years is helping young advisors connect with both graying financial-planning firms and millennial clients. With business partner Caleb Brown, he runs New Planner Recruiting, a recruiting firm. And last year, he joined advisor Alan Moore to start the XY Planning Network. The group, which sells memberships for $400 a month, now has more than 100 different firms signed up. In return, FAs get tools to set up back-, mid- and front-office support. The network also helps advisors trying to attract more Gen X and Y clients through study groups, interactive forums and educational events.

Throw in his work overseeing a Pinnacle spin-off that competes with TAMPs but also offers M&A-type services for succession-minded practice owners, and Kitces, plainly, keeps pretty busy. Thing is — though he works 60 to 70 hours a week — the one-time paraplanner says he doesn’t feel stretched.

On that front, it helps to have an understanding wife who does much of the heavy lifting in raising their two young daughters, says Kitces — and it helps to feel constantly driven. “My journey has hardly been an overnight success story,” he says. “After a decade of grinding away, I’m still hungry to learn more and keep growing as an entrepreneur.”