Laying the Groundwork of Succession Through Mentoring

Senior advisors share tips of grooming leaders for the next generation.

Today’s junior advisors are tomorrow’s senior members of the firm — but how do you get from here to there? We asked three advisors how they approach mentoring less experienced colleagues and what they’ve learned from the process.

Heather O’Neill, president and founder of Michigan Financial Advisors Corporation in Bloomfield Hills, Mich., believes the key to a successful mentoring relationship is making sure the mentee has something to do. “The number-one thing is that he’s in the meetings instead of learning from afar,” she says.

For example, Dennis LaVoy first joined O’Neill’s firm, which manages $150 million, in an operations capacity. But he quickly moved into a role dealing directly with clients. His background in operations and his technological acumen gave him an opportunity to actively participate in client meetings during discussions about the wealth-management platform. “We pick a particular part of the meeting ahead of time that he can lead,” O’Neill says. “So he’s not just job shadowing; he’s starting to develop a relationship with these clients.”

Not only has LaVoy learned quickly, but clients have really taken to the process. “A few clients have pulled me aside on the way out to say how helpful it was to have him participate, and they have asked if he would join us again next year,” O’Neill says. What’s more, because of those relationships, clients are now comfortable with having LaVoy answer their questions when O’Neill is away.

Matt Cooper, cofounder of Newport Beach, Calif.-based Beacon Pointe Advisors and president of the firm’s private-client-services division, takes a somewhat different approach to mentoring newer advisors: “We encourage them to sit in on meetings, but we’re not about giving them piecemeal work,” he says. “We try to free people up to let them make mistakes in the process. We want them to go headfirst into the deep end of the pool.” 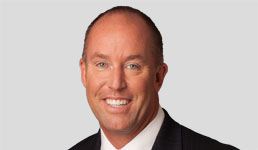 Beacon Pointe manages $7.5 billion and has an investment committee and a financial-planning department. The structure provides checks and balances to all advisors, including any mentees, since advisors don’t develop the plans — they articulate them to the clients. The mentees can therefore run client meetings with less risk. A senior advisor attends to make sure the mentee is actively listening and presents the details of the plan knowledgeably and confidently.

The approach is purposefully different from the mentoring Cooper received when he first started in the industry back in the late ’80s. “Back then it was a transactional environment, and [my mentor] kept telling me what I needed to do,” he recalls. “Today, you need to have a real interest in the people you are developing for this relationship. Otherwise they’ll just gain the skills and jump to a larger shop.”

Michelle Smalenberger, director of client services and a financial advisor at Palatine, Ill.-based Kabarec Financial Advisors, believes the mentoring relationship provides an opportunity to reevaluate your own practice and processes. “In mentoring, it’s important to explain the ‘why’ behind the things mentees need to learn,” she says. “I have found that if I can’t explain why we do something the way we do, then it probably needs to be changed.”

The firm, which manages more than $200 million, is growing — and Smalenberger says mentoring offered a way to free up her time to grow her role. Her mentee, Nick King, started by learning how the firm’s financial-planning software works, but Smalenberger quickly realized she needed to invest time finding things for him to do. “If I never give him that chance, he’ll never learn,” she says. “And if I don’t teach him he’ll just go somewhere else.”

Smalenberger says she’s had success handing off client projects once she’s ironed out the details, letting King do the data entry. She started with projects with less restrictive deadlines, so there was plenty of time to correct any issues. But data entry is a huge time sink for her and an obvious place to start freeing up her time.

“Every time I do something, I ask myself if there is something else I could be doing that would be more valuable to the firm,” Smalenberger says. “Identify the things you are trying to get rid of, and ask yourself if you are making an effort to hand those off.”