Adventures in Talking Investors off the Ledge

Advisors understand that one of their most important roles is to help protect clients from themselves. After all, when it comes to financial matters, clients can be their own worst enemies — and it often falls to advisors to step in as the voice of reason.

Pete Benson, a partner and cofounder of Nashville-based Beacon Capital Management, remembers when a couple nearing retirement panicked during the 2008 financial crisis. Benson, whose firm manages more than $500 million in assets with a buy-and-hold strategy, says the couple’s 401(k) dropped from $700,000 to $480,000 and they wanted out of stocks. “The wife came in and said, ‘Why should we continue to put money in when it just keeps going down?’” says Benson. “‘We should just put it in a bank, so we don’t lose it.’”

Benson walked them through their plan with the help of the office whiteboard. “It was a big hit to their account, but those 401(k) assets weren’t needed for another seven-to-15 years,” he says. “I told them we’ve got $200,000 in a short-term account over here, which is doing just fine.” Next, he pointed out that stocks were selling at a 50% discount, so they should actually be increasing their contribution levels. The clients left happy — but called back when their next statement showed another drop in value.

“You can’t expect to tell clients just once, and you can’t just tell them, ‘We’ve been over this already,’” Benson says. Benson used the whiteboard again, and the clients followed his advice. Two years later, their account had surpassed pre-2008 levels, and Benson says the couple thanked him profusely for helping them get past their fears.

Drew Horter, president and founder of Cincinnati-based Horter Investment Management, helped walk a client back from a different type of decision. Horter’s firm manages more than $1 billion in assets, and he has a number of retired clients on fixed budgets. One particular couple in their late sixties was living off a 4% withdrawal rate from their $600,000 nest egg — until the husband announced out of nowhere that the couple planned on buying a condo in Florida.

In situations like this, Horter says, he goes back to the basics. “As a fiduciary, my role is to help them understand their situation,” he says. “It’s their money, but they have to understand the facts.” 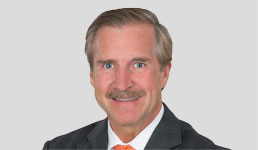 His clients said their new condo would cost just $200,000, so Horter explained the purchase would leave them with $400,000 and would reduce their annual income by $8,000. He then asked if they’d changed their budget. “We arrived at this budget after a lot of conversation,” he recalls telling the clients. “Is this something you really want to do?” The couple ultimately decided that no, they didn’t really want to buy after all. “Basically, I kept asking them questions that they had to answer,” Horter says. “It was a reality check.”

Ben Barzideh needs to walk a fine line with his clients. His firm, Piershale Financial Group in Crystal Lake, Ill., manages more than $160 million in assets using a tactical approach. “We tell our clients they don’t just have to ride out the markets,” Barzideh explains. Clients sometimes second-guess the team’s tactics, however, and need to be talked off the ledge.

One couple in their early sixties called Barzideh when the stock market — and their $1 million account — took a nosedive in October 2014. “The husband called, when the market had declined 5% to 6%, asking if it was time to get out,” Barzideh says. “I told him our strategy involved exiting at a particular point, and we hadn’t hit that point yet.” He then walked the client through the various indicators he and his team were monitoring, and he explained how much further the markets had to drop before they would consider exiting.

A week later, the markets had dropped another 4% to 5%, and the client called back. Once again Barzideh explained they were close, but that it wasn’t quite time. “I explained that with tactical management it is extremely important to make decisions based on solid research and not emotions,” he says. As it turned out, that second client call came just as stocks turned around. “The husband called back once the market recovered and thanked me for the whole process,” Barzideh says. “It’s really emotion that is driving them, and it’s our job as advisors to process that emotion and reply with clear communication and simple facts.”