Cross-Border Wealth Management Is Getting Tougher

The days of parking assets abroad with no fuss are over, FAs say.

Last week, the Swiss National Bank shocked global currency markets by allowing the Swiss franc’s value to rise unchecked against the euro. By early Friday, advisor Mayur Dalal was busy calling his clients, many of whom are expatriates or U.S. residents with significant wealth abroad.

“This is a truly big deal to the families we serve,” says the CEO of Dalal Capital Advisors in New York, which manages more than $100 million.

“They need to know that even though it’s sending shock waves across financial markets, this is a market disruption that’s likely to be short-lived.”

High-net-worth investors who own Tuscan villas or invest in artwork on display in London have even more to worry about this year than volatile currencies. For one thing, an escalation of terrorist activity — most recently the lethal violence in Paris — has sharpened regulators’ scrutiny of cross-border asset transfers. For another, financial reforms over the past several years in Switzerland and elsewhere are making it harder for affluent clients to find tax havens outside the U.S.

“We’re in the early stages of a wave of new rules for cross-border wealth transfer,” says Wayne Froud, a Raymond James advisor in New York whose team manages about $900 million. More than a third of his book consists of U.S. or Canadian expats — who are also, he says, the fastest growing part of his practice. These clients must get used to a regulatory regime of greater disclosure and transparency. “It’s no longer something they’re going to be able to avoid,” says Froud.

Even some routine financial chores will become more complex in 2015. For instance, the IRS has amended the W-8 tax forms non-U.S. citizens must file to declare income from U.S.-based investments. Beginning this year, “it’s become a much more difficult form to navigate,” Froud says. That’s just one example of the additional paperwork expats and foreign investors alike must contend with. The days of parking wealth in lots of different places around the world with little fuss, says Froud, are largely gone.

Darren Coleman, a Raymond James advisor in Toronto who manages $150 million, is monitoring implementation of the Foreign Account Tax Compliance Act, enacted by Congress in 2010 and requiring foreign financial institutions to provide information on accounts owned indirectly or directly by U.S. citizens to U.S. authorities. Coleman says global banks have only recently started to comply with FATCA. But he’s already fielding questions from clients about where best to store their wealth. 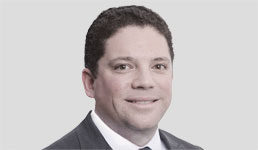 For example, an advertising executive who had recently moved from Atlanta to Toronto came in for help with a U.S.-domiciled portfolio. The bulk of her assets are in taxable accounts, mostly mutual funds, which she was planning to transfer to a Canadian brokerage. Coleman explained — to her great surprise — that investors may not transact in U.S. mutual funds if they live abroad full-time.

He recommended leaving the assets where they are, estimating that selling everything could cost the client close to $250,000 in capital gains taxes. But with her U.S. accounts basically untouchable, the woman is considering moving back to Atlanta. “Unfortunately, a lot of our cross-border clients are finding out their iPhones are more portable than their money,” Coleman says.

Advisor Dalal, who moved to New York from India 26 years ago, says he regularly reviews estate plans for clients who live in Europe and Asia to keep up with shifting local tax policies. One of his clients in Mumbai just sold his private-equity firm for more than $100 million. The entrepreneur doesn’t want all of his assets in India. But Dalal says his options are limited, since India over the past year has lowered the cap on individual wealth transfers outside the country by nearly 75% to just $250,000 a year.

So he’s suggesting the client buy dollar-denominated life insurance policies for himself and three other family members. “Besides diversifying his estate’s wealth, the policies also give his family access to cash if necessary,” Dalal says.