Few RIA bosses have the bandwidth — or the clout — to participate in think tanks that seek to push the industry forward by trying new things. Brent Brodeski, CEO of Savant Capital Management, belongs to two.

One is Zero Alpha Group, or ZAG, which has eight member firms that together manage more than $14 billion. They share an investment and fiduciary philosophy; and their collective goal is to improve their marketing, compliance, technology and client service. (The most recent member, Tucson’s TCI Wealth Advisors, with AUM of $1.7 billion, joined just last week.) Brodeski’s other think tank, the Alliance for Registered Investment Advisors, or aRIA, consists of six firms with different business models and combined assets of $22.2 billion. All the members have been in M&A deals of one kind or another, and the organization helps them find new opportunities for inorganic growth, while also producing white papers on topics like succession planning.

“They’re very different groups that push different buttons for me and Savant,” says Brodeski, whose Rockford, Ill., firm manages $4.2 billion. “They don’t overlap, or hardly at all.”

It might seem counterintuitive for the heads of top-notch advice firms to spend time and money flying around the country to share business secrets with rivals. But that’s exactly how these firms keep getting better, according to the organizations’ leaders. Furthermore, when members speak at industry events, people tend to pay attention to their ideas.

The aRIA website uses the term “think tank,” though in quotation marks. And even though ZAG calls itself a “study group,” the group acts like a think tank. The website lays out a detailed wealth-management philosophy and features white papers from advisors of member firms. More practically, the group’s members collectively exert pricing power with vendors, so they’re able to get products and services like investment research and CRM tools at competitive rates. 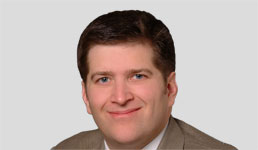 Brent Brodeski
ZAG’s nomenclature notwithstanding, advisor study groups are far more common than think tanks. Study groups primarily trade notes on best practices and generally have more members. For example, the Summit Study Group consists of about a dozen firms with AUM of at least $100 million each, says former member Bill Brams of Harvest Advisers, which manages $110 million in Fort Washington, Penn. Like think tanks, Summit has an elected governing body, corporate sponsors and a website. The group holds biannual meetings at or near a member firm, with guest speakers and sessions focused on trends in financial planning, investments, tax law and technology. But while Summit members may write white papers and essays, they’re not published under the group’s name; and Summit doesn’t seek a role in shaping industry practices.

ZAG and aRIA have something else the study group lacks: an executive director whose sole job is to keep the think tanks on mission. In fact, they have the same executive director. Katie Cullen works full-time with ZAG in Minneapolis, Minn., and part-time with aRIA. When he saw her contribution to ZAG, an entity that’s existed for nearly 20 years, Brodeski recruited her to aRIA, which is in its third year. Cullen supervises new-member evaluations, negotiates third-party relationships and ensures members adhere to meeting agendas.

Even with the help of an efficient executive director, there are ample challenges to running productive think tanks. For instance, ZAG realized it had to treat clients, advisors and member firms as three distinct constituencies that could benefit from the group’s work, according to president Justin Stets. He’s also president of member-firm Carlson Capital Management, which oversees $1.2 billion in Northfield, Minn. Now the challenge is allocating resources judiciously, so the costs of a project like CRM optimization are borne by the right members. “For a business to be successful, it needs to share best practices and collaborate with others to deliver that to clients,” Stets says. “We’re all getting better at this.”

For aRIA, the challenge is figuring out the next step, says John Furey, the group’s founder and principal at Phoenix-based consultancy Advisor Growth Strategies. The think tank is considering an initiative that would allow dozens of firms to participate in a limited capacity. Maintaining trust and transparency during meetings is Furey’s main priority. “A lot of firms I know would not work well in a group like this,” he says. “They would not want to share the good, bad and ugly, because of competition and replication fears.”