Extravagance can be a silent killer on the road to financial success.

Talking a client out of buying a diamond necklace or luxury yacht might seem like a thankless task. But curbing such impulses can prove to be among advisors’ most vital roles. Over time, today’s cash outlay can rack up an opportunity cost that will seriously mess up a long-term financial plan.

Chance Carson, an advisor at Intervest International in Colorado Springs, Colo., whose practice manages $515 million, detests confronting clients about their shopping habits — but he does it when he has to. “Nobody wants to be told they’re a spendthrift,” he says, “but sometimes it’s a discussion that just has to take place.”

Conversations about budgeting need not be adversarial. Experts recommend discussing spending issues at the beginning of every client engagement. That can help keep emotions in check going forward and prevent a bad decision or two from turning into an ongoing habit.

Occasionally, an advisor can get backup from a supportive family member. For example, Carson recently heard from a retired tech executive who wanted to buy a $55,000 Cadillac. In a meeting with the client and his wife, Carson showed them spending and income projections, explaining that their assets would dwindle away about five years sooner if they made such an expensive purchase now. He noticed the wife nodding her head knowingly, so he made sure she participated fully in the ensuing conversation. Ultimately, the couple struck a compromise: The client bought a used car of the same year and model, spending nearly a third less. “Some people are just naturally more prudent about expenses than others,” says Carson. 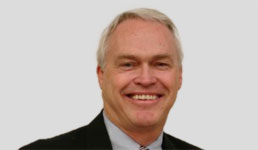 Early in the planning process, advisors should hold a client meeting dedicated exclusively to expenses, says Scott Beaudin, founder of Pathway Financial Advisors in Burlington, Vt., with $275 million in assets. During those sessions he gathers data on household expenditures, large and small. He’s careful to frame the discussion in non-judgmental language. “We don’t like to use the word ‘budget’ because it comes with too much emotional baggage,” he says. “It sounds too much like a diet.”

Airplanes and horses are two purchases that raise immediate red flags at Beaudin’s firm. “Both are expensive to maintain and can prove very difficult for clients to agree to part with,” he says. Recently, he had to confront an engineer who’d been spending $50,000 a shot on a series of upgrades to make his jets more luxurious. To cover the outlays, Beaudin figured, the client’s investment portfolio would have to consistently gain 15% a year for the rest of his life.

So Beaudin sent the engineer a formal letter explaining his family was in danger of running out of money 20 years earlier than previously projected. Although the client hasn’t decided to give up his expensive hobby, he is pursuing part-time consulting gigs. “He’s determined to keep the party alive a little longer,” says Beaudin. “But at least now he realizes that something needs to change in his spending habits.”

Showing clients they can make financial trade-offs is a critical part of a planner’s role, says Kevin Gahagan, a principal at Mosaic Financial Partners in San Francisco. A question several clients have asked him lately is whether they can afford to leave their current job for one that pays less but offers more personal satisfaction. In such cases, says Gahagan, whose firm has AUM of $620 million, he’ll go into line-item detail to demonstrate how reducing household spending could lower their salary requirement — or, conversely, how retiring early might strain their budget.

“How long clients work and how much they spend are variables that an advisor can help influence,” says Gahagan. “Inflation, interest rate movements and market returns aren’t things that can be directly controlled.”

Even CEOs should use their own handles, not the organization’s.

A bizarre Twitter altercation among high-profile personalities in the financial-advice community last week provides an object lesson in how not to use social media.

During a webinar, Brian Hamburger of compliance consultancy MarketCounsel said robo advisors have a trust hurdle to overcome with the public. Hardly a controversial point, right? When a PR rep for MarketCounsel tweeted the remark, it caught the eye of tech expert Bill Winterberg, who posted, “I’ll buy a product or gadget for sure [on the basis of online recommendations], but I won’t buy into a relationship.” Winterberg then wondered humorously whether Michael Kitces of Pinnacle Advisory Group would agree, and Kitces replied that robo advisors are selling a product, not a relationship.

There ensued a mild debate between Kitces and Hamburger, who suddenly used the #eyeroll hashtag and tweeted, “Do we need to go back to the distinction btwn brokers and advisors for you, @MichaelKitces?” His tone, understandably, offended Kitces. “Prepare for a storm off!” tweeted Winterberg. But nobody did storm off. Trying to smooth things over, the PR rep suggested “you boys” take up the issue at MarketCounsel’s annual conference in December. Whoops, bad move. Kitces noted he’d been asked to speak at the event, but “they declined to engage me.” Hamburger swung again: His event, he tweeted, is “stocked with keynotes and industry leaders coming to make change, not a buck.”

“It makes MarketCounsel look really bad,” Amy McIlwain, president of Financial Social Media, tells FA-IQ. Publicly insulting the popular Kitces wasn’t brilliant to begin with, but McIlwain says by switching from his personal Twitter handle to MarketCounsel’s early in the discussion, Hamburger “pulled the brand into the mud.” Firms should discourage employees from tweeting under the brand’s handle, McIlwain says, which should remain in the control of somebody who really knows social media. That person, she adds, isn’t necessarily the CEO.

McIlwain predicts all employees will have corporate Twitter accounts within three to five years, just as they have corporate e-mail accounts today — precisely because “a brand’s identity should be separate from the people within the brand,” she says. But even that might not have saved Hamburger, who could have used MarketCounsel’s handle unintentionally to slime Kitces. On a mobile device it’s easy to hit the wrong button and tweet from the wrong account by accident. For that reason, McIlwain suggests companies might want to limit employees’ access to social media accounts on their smart phones and tablets.

Once a conversation gets out of hand, what can a firm or individual do by way of damage control? McIlwain says it’s a good idea to go back and delete tweets or conversations that show your brand in a poor light. Yet even that isn’t much protection. As happened in this case, a provocative conversation is easily recorded with a screen shot, where it will live in eternity to be enjoyed by millions. “It’s like it happened on live TV,” McIlwain says.

Dysfunction in Washington seeps into the stock market, according to Gallup.

Partisan strife tops actual warfare as the biggest hindrance to the U.S. investment climate, according to a Gallup poll. Advisors should be aware there’s an overwhelming sense among clients that the stock market would be better off were it not for bickering politicians who contribute to government gridlock.

The Wells Fargo/Gallup Investor and Retirement Optimism Index gathered responses in August from 1,011 investors with at least $10,000 spread across stocks, bonds, mutual funds and retirement accounts. It’s worth remembering that the poll was conducted before ISIS and ebola came to dominate the headlines.

A whopping 88% of respondents said “political discord in Washington” was hurting investor sentiment. That ranks above the 82% who said conflict in the Middle East, which then centered on the exchange of fire between Israelis and Palestinians, and the 74% who mentioned the conflict in Ukraine, as major problems for U.S. investors.

Economic issues filled out the five biggest downers for investors. The unemployment level was a top worry for 80% of respondents, while the gap between the wealthy and the middle class vexed 78% of them. Investors with more than $100,000 in assets were somewhat less concerned about income inequality than were investors with less.

Domestic stocks have been on a wild ride since August, with the S&P 500 dropping 3.7% between Sept. 2 and Oct. 9. Since midterm congressional elections are less than a month away, politicians may begin feeling some of that pain if the market doesn’t pick up by then. Either way, now’s a good time for advisors to remind clients not to vent their political frustrations by fiddling with their investment portfolios.

Follow your bliss, include action items and find a format you love.

“Content” marketing — creating media aimed at helping you acquire and retain customers — is an effective way to tell your story and differentiate your practice from others, says Bill McGuire, writing in ByAllAccounts’ blog.

But throwing resources at it, following rote procedures or giving the job to people unsuited to the task won’t do the trick, adds McGuire, who runs W.M. McGuire, a marketing firm for financial advisors.

To provide “authentic, engaging and actionable” material, McGuire says, ask yourself what aspect of your work you’re most passionate about. Is it a niche or a particular client type? Does behavioral finance or educating people about household budgeting get your juices flowing? Whatever the answer, following your bliss will make the work more fun, trigger new ideas — and maybe attract followers and potential new customers who share your passion.

McGuire warns against automatically making a firm’s higher-ups the focus of content marketing. Better a junior with a flair for writing or an engaging way in a video than a stodgy principal whose “content” does more harm than good.

The blogger also suggests every message include a “call to action.” An old and effective advertising standby, the call to action gives the reader or viewer something to do that also benefits you, the content marketer. Desired actions include things like downloading a white paper, signing up for a seminar or scheduling a meeting.

Next, pick the format you like best, says McGuire. “There are so many ways to deliver content these days: newsletters, videos, white papers, e-books, infographics, case studies, how-to guides, Q&A articles, to name a few,” he writes. “Don’t take the ‘let’s do it all’ approach, which often leads to less than desirable results.”

Finally, if you have more than one content-marketing contributor, McGuire says it’s worthwhile to create an editorial calendar to ensure you don’t get repetitious or wander off the message.

What’s Behind This Year’s Buoyant Market

An Information Service of Money-Media, a Financial Times Company