Getting “Slightly Famous” With Public Speaking

Educational gigs can build business, if you’re not too pushy.

When Jacob Gold was starting out as a financial advisor 14 years ago, he felt that his relative youth — he was then in his early twenties — kept people from taking him seriously enough. So, in an bid to seem more seasoned, he signed on with a community college to teach a course in financial literacy.

“Being able to share my story with people and give them the opportunity to see what I was about and how I could potentially deliver on what I was presenting” quickly gave him the credibility he was after, says Gold, a third-generation financial planner and now head of Jacob Gold & Associates in Scottsdale, Ariz. More to the point, he says his part-time stint as a teacher netted him half his present client roster, which includes a number of doctors, dentists and lawyers.

Like Gold, whose firm manages about $200 million, other advisors say putting yourself in front of prospective clients at speaking engagements can increase your prestige and help you add clients. But they add there’s a fine line between, on the one hand, taking beneficial speaking engagements and teaching gigs and, on the other, coming off as pushy or inauthentic. 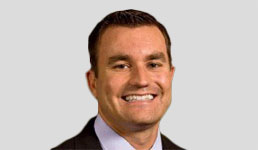 Focus is another vital element to success on the podium. Better “to cast a smaller net and catch the right kind of fish” than “to cast a large net” and catch unsuitable prospects, says West. In this view, Gold’s decision to teach financial literacy makes sense because it’s aimed directly at people who are trying to make the most of their finances.

To get started using speaking engagements to bolster your financial-advice services, network with people you know, says Marie Swift, founder of Impact Communications, a PR firm for financial advisors. If that doesn’t get you anywhere, offer your speaking services to local business, civic or religious groups.

Above all, have a good reason for speaking and know what that reason is, says Swift. One excellent reason is that you enjoy it. Another is to be of service, to enlighten people. And of course it doesn’t hurt if the people you’re enlightening are prospective clients. Speaking at industry events can also be advantageous. “It leverages your position as an expert who’s good enough to speak to your peers,” says Swift. “We always tell our advisors, ‘Your clients want to work with a slightly famous planner’ — speaking is one way to do that.”

On the way to this coveted state of slight fame, however, advisors have to beware of the hard sell, says David Lesnick of Sound Advice Financial Planning in Goodyear, Ariz. Before the financial crisis, Lesnick, who manages around $20 million, used to be a frequent speaker on cruise ships. In exchange for a free trip, with expenses covered, he’d give a few talks on general finances. “They were clamoring for speakers,” he says.

But then other advisors with cruise-ship speaking gigs began pushing paying guests too hard to become their clients. This abuse, coupled with the crash in 2008, prompted cruise lines to pull the plug on financial lectures altogether.

Meanwhile Gold, the advisor who initially got in front of some of his best clients as a lecturer on financial literacy, underlines the benefits of an informational tone over the huckster’s pitch when speaking to the public. He says one of his students and early clients was head of human resources for the restaurant chain P.F. Chang’s. Soon Gold was advising other executives of the company and eventually comanaging its 401(k)s. He’s also a financial consultant to DirectTV, Southwest Airlines and others — thanks in large measure, he says, to his lectures. “Public speaking is what really put my company on the map.”