Before a Client Marries, Have “the Talk”

Austin Frye once tried to help a client’s daughter get a mortgage despite the debt she was carrying. It wasn’t actually her debt. She had recently married a man who waited until after their nuptials to tell her he had a gargantuan pile of unpaid student loans.

“When you marry, you inherit the financial past of your spouse,” says Frye, an attorney and advisor who runs the Frye Financial Center in Aventura, Fla. The LPL-affiliated firm manages $300 million. His client’s daughter is getting closer to home ownership and making headway in getting her husband to pay off his debt. “She’s still married, but she’s trying to navigate troubled waters,” he says. “And I’ve never met the guy who caused this.”

Frye’s cautionary tale highlights why clients should discuss finances with their intended life partners well before marriage. Conscientious advisors should encourage these talks even if nobody asks for their opinion. Dozens of advisors contacted for this story vigorously endorsed that approach, laying out in detail what merits premarital financial discussion. In short, as much as possible.

Here’s a partial list: debt in all forms and current credit scores; net worth and the location of assets; whether the couple will merge bank accounts and health plans or keep them separate; who will pay for what, and under what circumstances; how each person feels about saving and budgeting; how children and parents should be cared for financially; whether the client’s partner has any unresolved foreclosures or lawsuits; whether the client’s partner would accept a prenuptial agreement; and, most important, whether the couple shares the same financial goals. 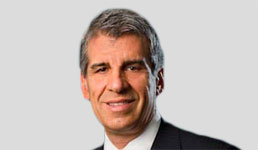 It’s crucial to keep emotion to a minimum, since that pollutes the conversation, warns Michael Conway. That goes for the advisor who brings up the topic as well as the client and his or her betrothed. He runs Conway Wealth Group, which manages $200 million in Parsippany, N.J.

Tensions arise from divergent values learned during childhood, he says, and from the different meanings people assign to money as they make their own way in life. For example, he says, some people consider tithing to church a necessity; others would never entertain the notion.

Conway says clients don’t need to know their partners’ assets and liabilities to the penny, but they need a practical estimate. “I’ve had situations where these things weren’t fleshed out in advance and became difficult conversations,” he says. “Had they been handled upfront it might not have changed anything with the math, but it would have made things easier to plan for and live with.”

Clients entering second marriages may be more inclined to get on the ball, says Robert Wander of Wander Financial Services. The firm, which oversees $45 million in New York, serves wealthy individuals and advises employee benefit programs.

Wander knows whereof he speaks, since he’s about to remarry himself. He and his fiancée have been together 11 years. They each have two kids in their late teens and early twenties. The couple plans to get a prenup and might keep their bank accounts separate, while being transparent about all finances. They’ve already discussed estate planning at length, he says. Before his first marriage, which occurred about 25 years ago before he became an advisor, Wander had less detailed money talks with his ex-wife.

He urges clients who are engaged — whether for the first or the second time — to have “the talk,” but he rarely insists on speaking with a client’s partner before the wedding. In his eyes, those are personal conversations clients should handle as they see fit.

But Justin Reckers encourages clients to bring their fiancés to meet him. He serves many divorced women, and most oblige that request before they remarry. That lets Reckers ask fiancés directly about their assets and liabilities, and their views on commingling finances. Clients also tend to heed his advice to get prenups. Reckers is director of financial planning at Pacific Wealth Management, which manages $220 million in San Diego, and runs its sister firm, Pacific Divorce Management.

“One of the main reasons people get divorced over money is they’re afraid of conflict,” he says. “People need to be open and honest to avoid disagreements that destroy marriages.”