When to Say to Clients, “Tell Me About Your Childhood”

When a client couple with hundreds of thousands of dollars sitting in cash balked at buying a much-needed new house, advisor Karen Ramsey turned her traditional script on its head. Instead of talking in terms of investment opportunities, she steered the conversation toward how each client had grown up. It turned out the wife had been raised in blue-collar neighborhoods. She was afraid that moving into what some might see as a mansion would dramatically alter some of her friends’ feelings about her.

Experts say they’ve uncovered a close correlation between behavior patterns learned early in life and eventual financial success. Ramsey, a frequent lecturer on the topic at workshops for colleagues and investors, thinks too few advisors explore their clients’ deepest feelings about money — and miss out on opportunities to understand and serve them better. “Even though money is just a currency, the experiences people have in dealing with it over the years can create strong emotions,” says the founder of Ramsey & Associates in Seattle, which has $200 million under management.

The clues to those emotions are best deciphered early in the client relationship, says Brad Klontz, managing partner at Occidental Asset Management in Burlingame, Calif., with $150 million. Besides working as an advisor, the former clinical psychologist teaches financial planning at Kansas State University.

“An advisor who takes the time to ask questions about how someone grew up around money has a definite advantage in forming stronger, long-lasting relationships with people,” Klontz says. Some of his clients come from affluent families and think nothing of spending thousands of dollars at a time. Others, he says, were born into circumstances where financial survival depended on frugality.

Klontz asks new clients a series of questions posed as statements. For example, those who wholeheartedly agree with assertions like “money brings power” and “self-worth is tied to net worth” tend to come from families of “lower socioeconomic status,” he says. Such clients are likely to be “overachievers who don’t easily forget where they came from” or the lessons “they’ve learned along the way,” according to Klontz. At the other end of the spectrum are those born into money, who, he has found, often lack the drive to build a bigger nest egg.

Advisors can use such “money scripts” to ask personal questions without overstepping the bounds of a professional relationship, according to Klontz. The scripts should serve as a “complement to a broader conversation,” he adds, in which advisors try to pinpoint how past experiences with money might affect clients’ future decisions. 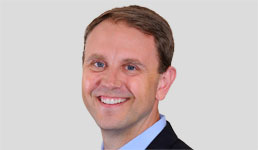 At United Capital, which manages $9.7 billion, advisors use traditional tools like risk questionnaires when setting up the basic parameters of client portfolios. But the firm has also developed an exercise designed to get new clients to open up about their lifelong attitudes toward wealth, according to Atlanta-office managing director Owen Malcolm.

“We’re trying to assess clients’ feelings about money around three basic themes — fear, commitment and happiness,” Malcolm says. “Once they see a pattern, then we can start talking about how and why it formed.”

When sitting down with new clients, he lays out 15 cards, each with a different question and three possible answers. One asks, “What do your friends say about your spending habits?” Another asks clients to describe how they feel after going on a credit-card binge.

The idea, says Malcolm, is to help them identify mistakes they’ve made in the past and figure out how to avoid them in the future. He tries to get clients to name five areas they think will pose the biggest challenges going forward. He also makes a point of revisiting a person’s biases at least once a year. “It helps us to reinforce with clients the importance of not letting themselves fall into an investment rut based on their bad behavior in the past,” he says.