Merrill Wants to Turn Its Training “Upside Down”

The firm plans to produce a new generation of team- and goals-oriented FAs.

Merrill Lynch is rebuilding its new-advisor training to groom team players instead of sole practitioners, top executives of the firm tell FA-IQ.

Merrill has plans “to turn the way advisors do business upside down,” says Racquel Oden, lately named head of the wirehouse’s advisor-training program. Instead of training advisors to develop distinct books of business — as the firm has done since it was founded in 1946 — Merrill’s Practice Management Development program will strive to put advisors in an established team “out of the gate,” says Oden.

Craig Pfeiffer, head of the advisor-training and consulting firm Advisors Ahead and a former executive with Smith Barney and Morgan Stanley, says Merrill’s new strategy makes sense. The industry doesn’t so much need more advisors as more-efficient advisors, Pfeiffer says. Merrill’s approach could relieve more experienced FAs of busywork while giving newbies a chance to learn from big producers. Down the road, Pfeiffer adds, this approach could build strong teams that hold up better when individual team members depart — an advantage as boomer-age advisors get set to retire. And it could result in more clients staying put after such transitions.

Anywhere from 1,000 to 2,000 trainees enter Merrill’s Practice Management Development program every year, says Tom Fickinger, Merrill’s head of advisor growth and development and Oden’s boss. This year, Merrill expects to bring between 1,500 and 1,700 trainees on board, roughly in line with enrollment over the past two years. 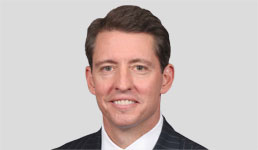 The program involves seven months of licensing and classroom study, followed by on-the-job training that can last another three years. Right now, only about 30% of enrollees make it all the way through training. Fickinger and Oden hope to boost that to 50% over the next few years.

Merrill also plans to revamp its training to support goals-based financial planning. “We’re moving the conversation away from performance to discussions, based on a deeper understanding of client goals, about using money to help address needs,” says Fickinger. “It’s clientspeak versus Wall Street–speak.”