What Clients Need to Know About Russia’s Invasion of Ukraine

Geopolitical uncertainty may spark questions from clients. Advisors discuss the impact of the developments in Ukraine on investments and recommend how clients can respond.

FA-IQ reached out to advisors to ask: What does Russia’s invasion of Ukraine mean for investors in the U.S.?

Craig Warnimont, chief investment officer and partner at Venture Visionary Partners. Sylvania, Ohio-based Warnimont has been in the industry for 24 years and his firm has $4 billion in client assets.

“The Russian invasion of Ukraine has several implications for the market.

It is likely to extend the impact on raw materials price inflation which has already been a problem/concern for the Federal Reserve and investors. Oil, natural gas, industrial metals and agriculture, including wheat and corn, are all impacted in the Russia/Ukraine region. 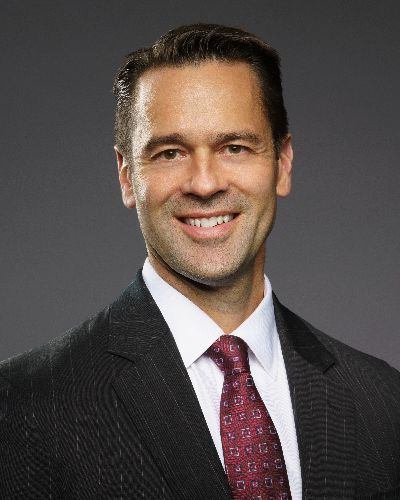 Craig Warnimont
The heightened risk and uncertainty resulting from the situation in Ukraine complicates the plan for the Federal Reserve. The Fed was on a nearly certain path to raise rates consistently through 2022 to fight inflation but now some will question if this is not the right time to withdraw easy money policies given the other risks facing the market. Portions of the market that benefited from the potential for higher interest rates, like regional banks, performed very well in recent months but will be vulnerable to declines if the prospect for higher net interest margin on loans is diminished.

The return of Cold War-era geopolitical risk is at a premium. Incursions in the Middle East and elsewhere since the fall of the Berlin Wall/Soviet Empire typically had only a short-term impact on global markets and were typically viewed as relatively limited in geography and duration. The current rhetoric out of Russia is forcing investors to re-think the probability — hopefully low — of a larger conflict as well as the added tension on global trade in a new cold war environment. This will impact all asset classes.

We still believe long-term investors are rewarded with high returns in the future when buying investments at depressed prices during times of high fear but recognize this situation is complicated enough that one should not expect the immediate gratification of a quick return to new highs considering the multi-faceted impact of Russian aggression, Fed tightening, the unwinding of last year’s speculative SPAC bubble and risk of China/Taiwan using Russia/Ukraine as a precedent for action in the future.”

Joseph Eschleman, president at Towerpoint Wealth. Sacramento, California-based Eschleman has been in the industry for 23 years and has $350 million in client assets. 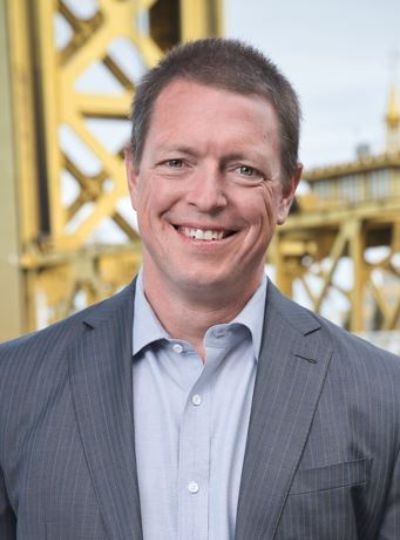 Joseph Eschleman
“In addition to the general investor discomfort and anxiety created by Russia’s invasion of Ukraine, at Towerpoint Wealth we have four observations and four main investment considerations for U.S. investors.

We believe freezing Russia’s ability to take payment for energy exports would be counterproductive for Western governments scrambling to ensure adequate and reasonably priced energy sources.

Financial and investment changes should never be made due to shorter-term headlines.

This geo-political uncertainty may cause the Fed to pause or slow their planned schedule of raising short-term interest rates in 2022.

The recent declines have led to immediate tax opportunities to be taken advantage of: Roth IRA conversions at lower conversion values and tax-loss harvesting.

Lighten up on energy and oil-related equities and energy sector-exposure.

Todd Moll, chief investment officer at Provenance Wealth Advisors. Fort Lauderdale, Florida-based Moll has been in the industry for 32 years and has $4.2 billion in client assets. 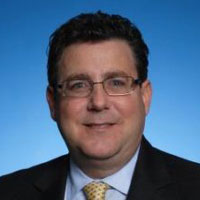 Todd Moll
Provenance Wealth Advisors todd moll
“From a market perspective, in most cases that involve geopolitical events, the market tends to look past these events and market declines are minimal, with an average total drawdown of less than 5%, with swift recoveries, with the average being about 43 days.

But as many would expect, the more severe the event, the greater the impact on the market. For example, take the reaction after the 9/11 terrorist attacks. The S&P 500 was down a total of 11.6%, which took 11 days, and the market fully recovered to prior highs in a total of 31 days. One of the more severe events was [the bombing of] Pearl Harbor, where the S&P 500 fell a total of 19.8% over a 143-day period and took 307 days to fully recover.

It is quite possible that the invasion reduces inflation pressures that have stemmed from high goods demand.

While oil prices should stay high due to low supply levels in Europe and the heavy dependence on Russian oil in the European Union, high oil prices due to armed conflict are not something that the Fed can manage down.

However, a goods demand shock stemming from the general fear and anxiety that will likely come from the headlines may give the Fed enough reason to manage this rate hike cycle far more cautiously than they may have otherwise. In that situation, absent a broad European conflict, it may well represent a tailwind for U.S. equities on the back of still solid earnings growth.”

Chris Cooke, partner at Cooke Financial Group. Indianapolis-based Cooke has been in the industry for 30 years and has $2.4 billion in client assets. 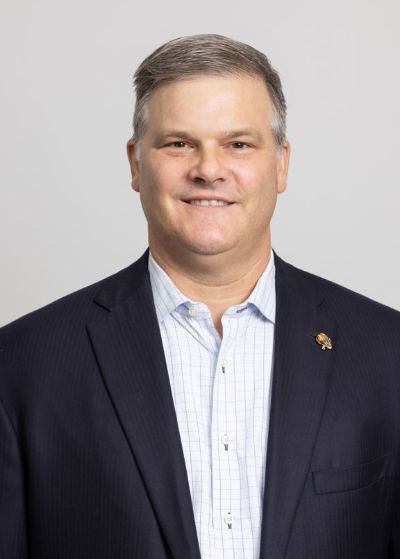 Chris Cooke
“I think a better question might be, ‘Will Russia’s invasion of Ukraine disrupt trade in specific industries/commodities?’ Yes, there will be specific disruptions, but they will be manageable.

The industries/commodities hardest hit will be those most important to Russia’s economy — gas and oil. Prices will remain high and supply short for the immediate future while the world tries to punish Russia for invading a neighboring country.

Broader world markets may convulse for a few weeks, but they will feel fewer negative effects from Russia/Ukraine than they will feel positive effects from the general reopening of the world economy post-pandemic. In other words, world GDP will continue to grow, but energy costs may be higher than expected for a quarter or two.

U.S. investors who stay invested — or buy — during the Russian aggression will likely be rewarded when corporate earnings continue to grow.”

Luke Keene, chief investment officer at Leverty Financial Group. Hudson, Wisconsin-based Keene has been in the industry for 15 years and has $425 million in client assets. 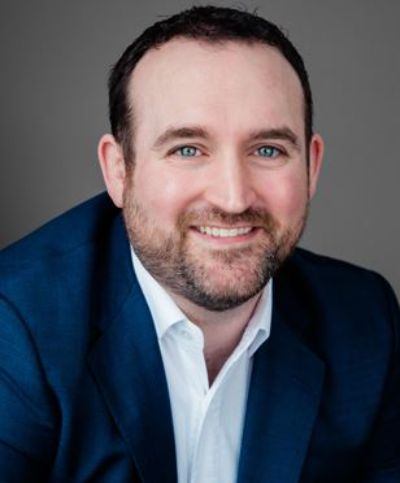 Luke Keene
“While the long-term impact of the invasion remains to be seen, there are several things we anticipate in the near term.

The lead up to major geopolitical events tends to be where we see substantial volatility. Markets do not like the unknown and as Russia’s end game becomes more apparent, I would anticipate a decrease in volatility.

We also see the potential for commodities to experience the most volatility, particularly in agriculture and oil.

Historically, the equity market's reaction to geopolitical events is short lived and typical economic cycles continue. Provided the invasion doesn’t blossom into something uncontained, I would expect to see history repeat itself and longer-term capital market assumptions will likely remain unchanged.

I also think that a less-hawkish Fed is a possible near-term outcome.

Lastly, I think it is important to remember that while this event is consuming the headlines, we can’t lose focus on the other challenges facing the market.”

Zoltan Pongracz, private wealth advisor at Procyon Partners. Shelton, Connecticut-based Pongracz has been in the industry for 10 years and his firm has $6 billion in client assets. 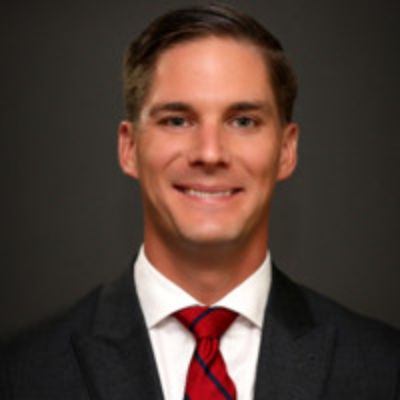 Zoltan Pongracz
“Our main message is never to panic. While we want to be opportunistic with these types of events in our clients’ portfolios, our prayers are with the people of Ukraine.

Historically, a ‘buy the invasion’ trade has existed, which functions similarly to ‘buy the rumor, sell the news’ — for example, the S&P 500 has dropped precipitously but then later rallied after these types of major events.

Markets tend to be volatile and challenged by uncertainty but once certainty comes, you often see a rally. Combine this with the fact that this was already the worst start to a calendar year on record prior to the invasion, I personally am exploring with clients if buying the dip is appropriate given their financial situation.”

Editor's Note: This article was originally published as a breaking news article on Feb. 23, 2022.