Mergers and acquisitions of registered investment advisor firms appear set to break records yet again — both for number of transactions and volume of client assets. Yet, industry executives believe the consolidation hasn't gotten anywhere near its peak.

“We’re still in the early innings of where this is headed, despite the acceleration of activity,” according to Scott Slater, vice president of practice management and consulting at Fidelity Institutional, a division of Fidelity Investments.

In August alone, there were 16 RIA merger or acquisition deals involving $27.5 billion in client assets, according to data from Fidelity . That was the third most-active month for both transactions and client assets volume since Fidelity began tracking the data in 2016.

The August deals pushed the totals for the first eight months of the year to 112 transactions involving $182.8 billion in client assets, according to the Fidelity data. 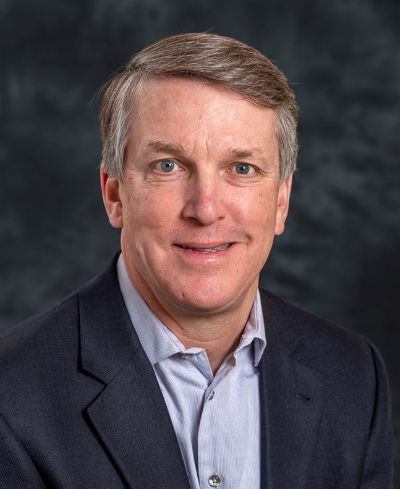 Scott Slater
Slater notes that there has been more concentration in larger, well-branded, scaled, regional and national firms in M&A activities. Forty-eight of the 112 transactions in the first eight months of this year had more than $1 billion in client assets, according to the Fidelity data.

“You’re going to continue to see that,” Slater said.

Ben Harrison
Ben Harrison, co-head of wealth solutions at Pershing, likewise believes that the RIA industry is “just getting started” when it comes to consolidation because there are many revenue opportunities in the industry and many of the RIA firms’ owners have succession on their mind.

“The RIA market is still highly fragmented and ripe for consolidation … [The RIA market] is highly desirable, has recurring fees and is growing,” Harrison said. And the “founding principals of advisory firms are at an age where succession is on the near-term horizon.”

Financial advisors who are 55 or older make up 43% of the industry headcount, and the average age of an FA is 51, according to 2020 data from Cerulli Associates. On average, 52% of the advisors’ clients are 60 or older, Cerulli notes.

The increasing complexity of technology is another driving factor for the consolidation, according to Slater. Some RIA executives would rather work with a firm that is investing in financial technology, integrating it and using it to improve the client experience, he says.

Not so much the how but the why

Although RIA executives typically have checklists when pursuing or considering deals, the process tends to be a “highly emotional experience,” according to Slater.

Thus, many tend to focus on how they should do the deal — contemplating the multiples and the structure — when the bigger question should be, “Why are you doing it?’ Slater said.

The reasons for wanting to sell tend to differ, according to Slater. They could include looking for liquidity and taking risk off the table, seeking a platform that can better serve clients, or wanting to refocus what they’re doing. For example, sellers may not want to run the business anymore but still want to serve clients, he says.

While sellers should be clear about their reasons for selling, buyers should articulate why their firm is a good fit for the firm they’re buying, according to Slater. Among the things to highlight are the differences between the firms and the value proposition, he says.

Executives involved in M&A talks must “recognize that each organization brings unique strengths, talent and traditions,” according to Pershing’s Harrison, adding there’s no room for the “'my way or the highway' type of mindset.”

At the initial stages of the talks, it’s important to find synergies, according to Harrison. And along the way, it’s “extremely important to have milestones and tollgates” to evaluate to “ensure mutual success," he said.

Many, or 54%, of advisors and financial professionals surveyed by insurance and financial services firm Nationwide expect the RIA industry’s M&As to have a positive impact on their practices.

The findings are from a survey of 1,632 advisors and financial professionals and conducted by The Harris Poll on behalf of the Nationwide Retirement Institute in July and August.

“Valuations are rising as markets hit new highs and private equity gets in on the game, meaning some advisors and financial professionals are more than ready to monetize their practice," Craig Hawley, head of Nationwide’s annuity distribution, said in a statement.

"We also see a spike in consolidations as others are ready to double down and make their practice stronger — the need for scale, the impact of fee compression, the price tag for technology and the cost of compliance hits all firms hard, especially the smallest,” he added.