Penny Pennington believes stereotypes are barriers to advancing diversity among clients and advisors.

The wealth management industry has propagated a client stereotype that's boxed out those who think they aren’t worthy of advisors’ attention, according to Edward Jones’ top boss.

“One of the things that really disappoints me about our industry is that maybe we haven’t done a very good job at creating a place of belonging for potential clients. We say the words ‘wealth management’ and people say, ‘Well, I’m not wealthy, so maybe that doesn’t apply to me,’” Penny Pennington, the firm’s managing partner, said last week.

The industry must do its part to challenge the stereotype and advance diversity, equity and inclusion among clients, Pennington said last week at the Securities Industry and Financial Markets Association’s Diversity, Equity and Inclusion Leadership Summit.

People are “intimidated by the words and the jargon” and even by “walking into a building to meet with a financial advisor,” according to Pennington. “We have got to do a better job of breaking down those barriers.” 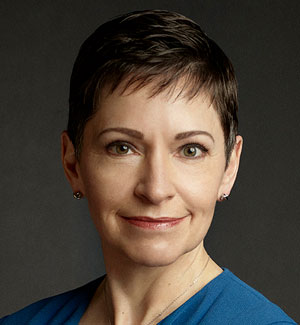 Penny Pennington
The stereotype of a typical advisor should also be challenged, according to Pennington, whose own rise to the top of Edward Jones breaks the mold in what has been a predominantly male-dominated industry. In January 2019, she became the sixth managing partner since Edward Jones was founded in 1922 and the first woman to head the firm.

Advisors’ role in helping people meet their financial goals — and, by extension, their life goals — should be made more apparent to the public, Pennington said.

The industry should help people “recognize that steady, thoughtful planning with a guide can keep them on track and get them back on track,” she said.

Pennington’s comments echo those of Dylana Hopler, director of the central Florida complex at Ameriprise. At a different session in the same conference, Hopler said the industry must cast a wider net for would-be advisors.

“Twenty or 30 years ago, it was, ‘Are you the best stock picker, are you the best bond picker?’ People would say, ‘I’ve been doing my own investments on the side, I’d be great at this business.’ But we have to understand that the industry has shifted,” Hopler said.

The role of a financial advisor today has “become more about helping clients reach their goals” as well as “about coaching people and building relationships,” she added.

‘It’s not about greed’

Edward Jones’ Pennington said the emphasis on helping others will help attract diverse talent to the industry.

The firm says its nearly 19,000 advisors serve more than 7 million clients with a total of $1.6 trillion in assets.

“It is a purpose-driven industry that really connects with the desire of professionals and individuals to have a professional pursuit that really matches their own values and helps them achieve in their own lives things that are not just successful, but significant as well,” she added.

Back in 2019, Pennington said Edward Jones was redefining the way its advisors work with clients on retirement planning by encouraging them to be more like “friends with financial expertise.” The change was based on feedback the firm received at the time from clients.

“One of the things that should not have been surprising to us, but still hit us pretty hard, was how little they talked about the products and services that we offer,” Pennington said at the time. “What they talked about instead was the relationship [with their advisors], and the characterization of the journey that they have been on as a very emotional one.”

Earlier last week, the firm announced diversity goals by the end of 2025:

“It doesn’t feel particularly great right now to be saying over and over again we’re not where we want to be” in terms of the diversity of home office leaders and advisors.Penny PenningtonEdward Jones
"We are holding ourselves and each other accountable for meaningful progress in addressing racism and creating opportunities for people of color and women in our workplaces and our communities,” Pennington said when the goals were announced.

At the Sifma conference, Pennington underscored the significance of setting those goals and making them publicly known.

“The scary part, I’ll just be perfectly open about putting those numbers out there, is what if we don’t quite meet them,” she said at the conference. “It doesn’t feel particularly great right now to be saying over and over again we’re not where we want to be.”

In March, Edward Jones agreed to pay $34 million to settle a racial discrimination class action lawsuit filed in 2018 by the firm's former advisors. The settlement agreement includes Black financial advisors employed by the firm between May 24, 2014, and Dec. 31, 2020.

Edward Jones, the suit alleged, denied the advisors participation in a program in which retiring advisors transferred client assets to newer advisors, as well as in a mentor-assigning program. The suit also claimed that the firm made Black advisors solicit clients from lower-income neighborhoods than their non-Black counterparts.

As part of the settlement, Edward Jones committed to a three-year program “designed to enhance opportunities for employment, earnings, and advancement of African American Advisors.” The firm also said it would set up an advisory council tasked with identifying and addressing “issues of diversity, equity, and inclusion."