The economic stimulus package includes direct payments to individuals and state and local governments as well as hundreds of billions of dollars of worth of aid to corporations.

After days of negotiations, the Senate has voted to approve a $2 trillion economic stimulus package to counter the impact of the coronavirus pandemic, according to news reports.

Republican and Democratic senators had reached a bipartisan agreement on the measure shortly before 1 a.m. Wednesday morning. Later in the day, the Senate approved the bill 96-0, with four senators absent, the Wall Street Journal writes.

The House will consider the bill on Friday, Rep. Steny Hoyer, D-Md., the House majority leader, said late Wednesday, according to the newspaper.

If it goes into law, the stimulus package provides for loans to firms large and smalls, other disbursements to various industries, direct payments to individuals, financial support for state governments, the expansion of unemployment insurance and more, the Journal writes.

In addition, the package would boost unemployment assistance by $600 a week for four months — a provision one group of Senate Republicans tried to remove arguing that it would effectively pay more people not to work, the Journal writes.

The package also provides for substantial relief for retirement savers.

Provisions aimed at retirement savers include allowing hardship distributions of up to $100,000 from 401(k)s or IRAs for those under 59 1/2, without incurring the standard 10% early-withdrawal penalty, according to FA-IQ sister publication Ignites. The package also calls for a 100% increase on the annual cap on loans from retirement plans, currently set at $50,000 or 50% of the vested account balance, Ignites writes. Additionally, the proposal would waive this year’s required minimum distributions in place for plan participants aged 72 and older, according to the publication. 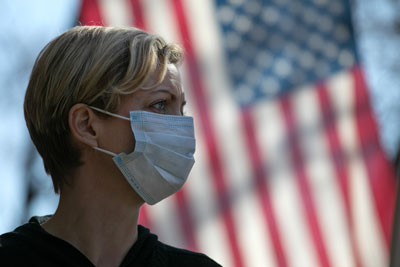 The stimulus proposal also includes $350 billion worth of loans to small businesses, with loans used to cover payroll expenses, rent, interest on mortgages and utilities to be forgiven, according to the newspaper.

In addition, the package includes a $500 billion corporate aid component, overseen by the Treasury secretary as well as by a newly created inspector general and oversight board — controls that were sought by the Democrats, the Journal writes.

That portion of the package includes $17 billion in aid to national-security firms such as Boeing and General Electric, according to the newspaper.

The proposal also includes $25 billion in grants to passenger air carriers, $4 billion to air-cargo carriers and $3 billion to contractors, the Journal writes.

Additionally, the stimulus package includes $100 billion in grants to healthcare providers and an extra $16 billion specifically for stockpiling medical equipment, according to the newspaper. The proposal also covers a 6.2% matching federal funds program for state Medicaid expenses and increased payments to hospitals treating coronavirus patients, the Journal writes.

State and local governments, meanwhile, will have access to a $150 billion direct-payment fund to cover the costs of fighting the pandemic, the Democrats said, according to the newspaper.

It’s unclear, however, whether the House will move quickly on the bill to get it in front of President Donald Trump, who’s said that he would sign it immediately, the Journal writes. House Speaker Nancy Pelosi, D-Calif., who previously said that she wanted the House to pass the package by unanimous consent, told reporters on Wednesday that she now expects a debate on the House floor, according to the newspaper.

“Republicans have told us that’s not possible from their side,” to pass it by unanimous consent, she said, according to the Journal. “This is a $2 trillion bill; I would like to see good debate on the floor.”

As of Thursday morning, more than 465,100 people in at least 171 countries have become infected by the coronavirus and at least 20,977 people have died since its outbreak in China in last 2019, according to the New York Times. In the U.S., the virus has infected more than 68,500 and resulted in at least 990 deaths, the newspaper writes.