In life after zero commissions, major RIA custodians are changing their pricing and service models to adjust their revenue streams. And it’s just the beginning of the transition, industry-watchers say.

“These custodians feel they have to charge or raise minimums or reduce servicing levels … to kind of offset the losses of commission revenue,” says William Trout, head of wealth management at research firm Celent. “So, I think that is the direction,” he says.

As custody models evolve RIAs — especially smaller firms — may be pushed to re-evaluate their costs and options closely, consultants say.

Fidelity Tweaks Formula for Who Pays What

Fidelity last month told custody clients that it would “broaden” the number subject to annual custody fees. While the firm did not disclose how many additional advisors would be subject to the fee — typically reserved for smaller RIA clients — or how the fees would be calculated, a Fidelity spokesperson acknowledged that changes in the marketplace over the past year made this moment “a natural point in time to have these discussions with a small number of advisors.”

RIA Biz reported that the new fee would be applicable starting in July of this year.

The firm offers different pricing models for RIAs, some of which are transaction-based and others pegged to RIA assets.

“[W]e believe it’s important to have collaborative discussions with our clients and to allow them to choose the best option for their business based on their firm’s individual needs,” David Canter, Fidelity Clearing & Custody Solutions’ RIA segment head, told FA-IQ in an emailed statement.

Last week, BNY Mellon’s Pershing announced two new pricing models for RIAs that custody with the firm: a tiered subscription-based model based on advisors' total assets under custody starting at $25 a month; and a zero transaction fee model geared toward advisors who lean heavily on exchange-traded funds and stocks when building client portfolios.

“So much of the economics of the custody business have been driven on a retail pricing grid or model,” Mark Tibergien, who currently leads Pershing’s RIA unit, tells FA-IQ. Tibergien plans to retire at the end of May.

Unlike Fidelity, Schwab or TD Ameritrade, Pershing does not have a retail brokerage arm. The Jersey City, N.J.-based custodian sees this as an opportunity to stand out, Ben Harrison, Pershing’s head of business development and relationship management who will take over the custody business from Tibergien, told FA-IQ.

Pershing’s rejiggered pricing is an effort to attract RIAs looking for a new home.

"[T]his new pricing scheme will enable them to move down market and profitably serve smaller RIAs, which hasn’t been in their sweet spot in the past,” says Timothy Welsh, president of San Francisco-based consulting firm Nexus Strategy.

In the wake of announcing its plan to acquire TD Ameritrade, Schwab quickly reassured RIA clients it had no plans to raise fees.

“I think others will come up with other models. They may start with custody of the pricing, if you will, which is not very popular in the industry. But that is not our intent,” says Bernie Clark, head of Schwab Advisor Services.

The firm reiterated its commitment to practices with less than $100 million.

But it did announce some service tweaks, including an on-demand virtual practice management tool for RIAs managing less than $100 million.

Some see the change as a harbinger of fewer services for smaller advisors going forward.

“I see the larger custodians, like Schwab, throwing their weight around,” says Trout in context of sub-$200 million advisors. But despite big mergers, he does not expect RIAs to run out of custodial options.

“And as the RIA segment continues to grow, there will be more options, including robo-type custodians like Apex, that emerge,” he says.

As custodians' margins face greater compression, these service providers will likely look for ways to make up for lost revenue in an already low-margin business.

In turn, RIAs will want to watch out for what those moves mean for their businesses.

“When you have a small base of business to bring to a custodian, “it becomes a challenge to deliver the service, the technology, the client experience, the product access profitably,” says Pershing’s Tibergien. 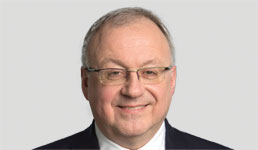 Smaller RIAs can align with larger peers to gain clout.

“There’s probably a number of other benefits that very small firms might benefit by being a part of an alliance or group or other things, and not the least of which is negotiated and better pricing through Schwab,” says Kauffman’s Charles Sachs, whose shop oversees $30 million in assets.

Pursuit of more competitive pricing could also drive consolidation where smaller advisors would look to roll up into larger shops.

2. Conflicts of Interest May Arise

In some cases, advisors can get a break if they opt for products recommended or owned by the custodian itself. These products could range from cash sweep accounts to ETFs.

For example, in its description of its latest subscription-based pricing model, Pershing says “assets held in BNY Mellon ETFs will be excluded from the subscription fee calculation.”

If such choices prompt advisors to choose those products over others simply to control custody costs, it could create a conflict of interest. Advisors must put the interests of their clients, not the profits of their practices, first.

“Any time you make any sort of recommendation to a client based solely on personal gain, you have broken your fiduciary obligation,” says Allan Katz, president of Staten Island, N.Y.-based Comprehensive Wealth Management Group.

3. ’Embedded Costs’ Can Creep Up

Advisors should also be on the lookout for other ways custodians try to capture revenue.

If costs are not up front, they’re usually “embedded down the road,” says Sachs. For example, while zero commission trading may eliminate transaction fees, some platforms levy fees on providers for access.

“I buy ABC mutual fund that used to be 55 basis points, and now it’s 65 basis points. I don’t pay a fee to buy or sell at Schwab, which is great, but guess what, that extra 10 basis points is going into Schwab’s wallet for the shelf space for [the fund] to be available,” says Sachs. He is concerned about potential cost increases that are less transparent than commissions and fees.

RIAs can avoid some of those costs by going directly to fund companies, Trout says, and that “makes them less dependent on the custodian.” Another way for custodians to lower costs could be to pass them on to the end clients, which is not always palatable.

For their part, advisors are bracing themselves for higher costs and fewer custodial options.

“[I]f there are only two out there that are really of the stature we would want to use, and they’re both charging, we’re going to be forced to pay that,” says Sachs.

For their part, advisors are unlikely to pass on the additional cost burden to their end clients. “We would have to look at that as a cost of doing business,” according to Sachs.