Economists and market strategists are calling the Federal Reserve's decision to cut rates in a move to counter any economic impact of the deadly coronavirus premature and warning of unintended negative repercussions.

Fed Chairman Jerome Powell had said Friday that the U.S. central bank was prepared to “act as appropriate” to address the threat to global markets arising from the spread of the coronavirus, and then yesterday the central bank announced a rate cut of half a percentage point, bringing the range of the federal funds rate to 1% to 1.25%. The decision came just weeks before the Fed's previously scheduled meeting set for March 17 and 18, making it the first inter-meeting rate cut since 2008.

“The virus and the measures that are being taken to contain it will surely weigh on economic activity, both here and abroad, for some time,” Powell says in a statement. “Against this background, the Committee judged that the risks to the U.S. outlook have changed materially. In response, we have eased the stance of monetary policy to provide some more support to the economy.”

“For now, it looks like the “Fedication” prescribed for #coronavirus is not as effective as hoped for,” tweeted Liz Ann Sonders, chief investment strategist at Schwab.

Some criticized the timing to the announcement for introducing more fear than hope among investors. (Story continues below.) 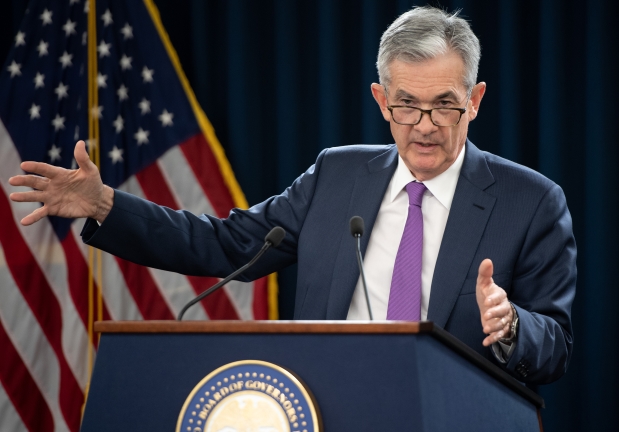 David Kelly, chief global strategist at JP Morgan Asset Management, says the Fed “once again displayed a dovish tilt.” While the rate cut was priced into futures’ markets, the timing of the cut ahead of the scheduled meeting was a surprise, Kelly wrote. The central bank now “has limited ammunition,” to address economic contraction, though further cuts are expected later in the year, he says.

Still, the long-term impact is unclear.

“[W]hile the coronavirus is clearly a global problem, the Fed is the only major central bank with scope to cut rates. If they continue to do so, they may succeed in weakening the dollar relative to other currencies which could provide a further limited economic boost.”

“The unfolding nature of the coronavirus threat—both real and perceived—is not yet quantifiable, and, as such, the current global policy response can't immediately be judged as sufficient or insufficient for restoring investor confidence in the short term," he wrote.

“Although lower interest rates should be fundamentally positive for stocks, investors may be concerned about what a rate cut signals for economic developments in the months ahead,” Haefele says.

Meanwhile, Roger Aliaga-Diaz, Vanguard’s chief economist for the Americas units, believes the Fed’s move “was premature” and a “high-risk bet,” as uncertainty about the impact of the coronavirus merited more assessment before any action, he wrote.

“The nature of today’s announcement could send the wrong signal to market participants, including individual investors who are concerned with recent market volatility,” Aliaga-Diaz says. “This also creates uncertainty around the Fed’s framework for monetary policy decisions following market dislocations.”

Burt White, managing director and CIO of investor and investment solutions at LPL Financial, was more sanguine about the Fed’s decision.

“Remember that the markets were already pricing in a 100% chance for a 50 bps #Fed rate cut for March 18th - so we are just getting the stimulus a few days early. Its the equivalent of the market having its birthday party the weekend before its actual birthdate…,” he tweeted.

“Monetary policy is an unlikely cure for the coronavirus. Easing will have a positive impact on sentiment in the short term but until the contagion rates peak, expect uncertainty and volatility to continue,” LaBella wrote in a statement following the announcement.

Furthermore, while the Group of Seven had discussed a coordinated effort akin to the actions taken during the financial crisis, “the Fed’s move today appears to be unilateral,” according to LaBella.

“Less faith in international institutions, and a less coordinated global response at a time when we will likely need it most,” he says.

Christian Scherrmann, U.S. economist at DWS, says the Fed’s suprise move raises several concerns, such as whether the markets would lose faith in its political independence. President Donald Trump had “pushed hard in such a direction,” Scherrmann, notes. Another concern is whether the Fed is fueling even more uncertainty as it appears that it sees more risks than the markets, according to Scherrmann.

“Central banks are pulling out a playbook that was designed to deal with financial problems and not to deal with public health problems,” Roach told CNBC. “So I really think they’re like a fish out of the water here. They have no idea how to contain or even to understand what may be about to happen in the public health area or the U.S. economy’s response to that.”

“I appreciate the Fed’s action to safeguard the gains we’ve made in the face of challenges, and urge my fellow Democrats to reconsider their plans to raise taxes,” he says in a statement. “America’s economy is more resilient thanks to the pro-growth economic reforms put in place by President Trump and congressional Republicans, ensuring that our growth outpaced the rest of the G7 countries during a global downturn.”