Commonwealth Financial Network had a record year of recruitment in 2019, drawing 74 new FAs.

That pushed the independent broker-dealer’s total advisor headcount to 2007, or a 3.8% bump over 2018. In all, those advisors brought $66.8 million in production to the business, its highest-ever year, says managing principal for business development Andrew Daniels.

In all, Commonwealth represented $201 billion in client money as of the end of 2019, according to the company’s website. Of that, fee-only advisors represent about $7.6 billion. Last week, the firm announced it had hired alum Matthew Chisholm, a long-time veteran of Fidelity’s RIA unit, to help build that business. This interview was conducted prior to the announcement, but offers insights into the firm’s longer-term strategy.

Daniels spoke to FA-IQ about what sets the firm apart while recruiting, where it’s looking to hire talent in 2020 and why firms like LPL Financial or Raymond James are not its true competitors.

FA-IQ: Tell us about recent recruiting at Commonwealth.

Unlike any other firm, our business has a very small team of six home office-based salaried recruiters. We are, like the practices that join us, largely referral-based.

And I think that greatly differs from our competitors out there, who largely are focused solely on bringing in as much production as they possibly can.

I’m not saying that their approach is wrong, but it doesn’t fit for us.

FA-IQ: What are some of your key strategies or targets for recruitment in 2020?

Daniels: The target is to recruit good advisors who are client-centric and the rest of the business will sort itself out. I don’t plan on changing much there.

However, I think the most fertile ground out there, certainly for Commonwealth, is the segment of advisors who envision themselves as fee-only in the future, but are not yet prepared to make that shift. 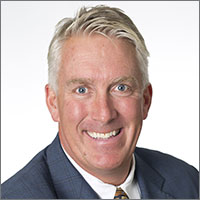 They’re not yet prepared to be fee-only because a current percentage of their business still has some measurable portion of either transactional business or trail business that they’re not ready to give up.

Commonwealth has created infrastructure that allows an advisor, over time, to shift how they affiliate with us — most specifically, to drop their Finra registration, but not change any of their infrastructure. So, they can come and be dually-registered at the start here where Commonwealth is both their broker-dealer and their RIA. And then, at some point in the future, they can say "I no longer need the broker-dealer, I’m focusing solely on my fee-based business," and drop their Finra registration but retain all of the existing infrastructure at Commonwealth.

FA-IQ: A lot of the larger players, such as LPL and Raymond James, are also looking at expanding their affiliation options to target the FA group you referred to. How do you compete?

Daniels: First of all, I think more than Raymond James, more than LPL, more than Cambridge, Commonwealth has the highest percentage of fee-based business. We’re in this position largely as a registered investment advisor that has a broker-dealer built in. And in fact, 10% of our existing advisors base is already fee-only with us.

If I look at LPL and Raymond James, I don’t view them as competition. They’ve been in the same space as us for the last three decades. It’s not a change in who my competition is. It’s all of us, simultaneously, sort of seeing what the future of the business is, and each of us in our own ways making shifts to accommodate that.

I don’t think there’s more competition from those firms today than there was five years ago. At some level — where both [LPL and Raymond James] are publicly traded, and significantly larger and therefore less boutique-y than Commonwealth — they’re sort of less and less competition for me anyways. We’re always competing for advisors with different sets of interests.

FA-IQ: With transition deals getting aggressive, do you plan to alter your deals or change comp in 2020?

Daniels: In terms of recruiting deals, I don’t anticipate any changes.

We do use forgivable and non-forgivable loans to help advisors get through the transition period in coming to us, because there are costs to making that move. We try to mitigate and help with those as much as possible. By the same token, I’m not trying to buy the love of a prospective advisor with a front-end [loan].

From a pricing standpoint, relative to how things are once you’re here, certainly there are pressures on everybody with the quote-unquote race to zero — Schwab, TD Ameritrade and Fidelity dropping their ticket charges. We appreciate that we do not operate in a vacuum, that we operate in a marketplace. We appreciate that our advisors and their clients are all seeing the exact same headlines.

And I believe that our overall long-term economics — whether it’s payouts, admin fees, transaction costs or what have you — will represent an appreciation of the marketplace and Commonwealth’s long-term value add.

This interview has been edited for brevity and clarity.