A spotlight was on Goldman Sachs’s private wealth management business at the firm’s first-ever Investor Day in its 151-year history.

Chairman and CEO David Solomon identified private wealth management — for high-net-worth clients and the ultra-rich — as one of four areas where Goldman expects to see meaningful growth when he discussed the firm’s strategic direction on Wednesday.

Among its ambitions, the firm wants to grab a meaningful share of the $18 trillion HNW market and increase its capability to service the ultra-rich by adding significantly more advisors over the next three years.

The firm purchased financial counseling provider Ayco Company in 2003 and $25 billion AUM RIA United Capital last year, which it is using to bolster its wealth management offering. On Wednesday, the firm revealed that United Capital has been rebranded Goldman Sachs Personal Financial Management.

“Our primary focus at the moment is to [achieve] scale in the high-net-worth segment of this market. It’s an $18 trillion market where Goldman Sachs has less than 1% share,” said Goldman president and chief operating officer John Waldron. 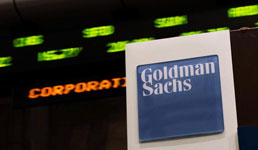 While Ayco started as a financial counseling tool for C-suite executives, Goldman increased its scope over time to offer it to company employees. It now serves more than a million U.S. employees at 435 companies, according to Lane.

Integrating Ayco’s financial counseling tools with United’s technology, he said, would give advisors a “unique offering.”

And that integration is expected to play an important role in the growth of the firm's HNW segment.

Lane said Goldman has already begun “unleashing internal referrals from private wealth management and Ayco.” The goal is to add 30 new corporate relationships and 300,000 employees to Ayco annually, he said.

“Of course, we can always grow inorganically. By adding more teams, adding a half-a-percent of market share in the high-net-worth segment, we grow Goldman Sachs’ revenues by $700 million,” said Lane.

The private wealth management segment for the ultra-rich is the “crown jewel” for Goldman, which has more than 800 advisors across the globe serving this client segment, according to Lane. That’s with an average tenure of 14 years per advisor, he noted.

The firm expects to increase its ultra-HNW advisor count globally by 250, or 30%, over the next three years.

In the U.S., the firm plans to keep growing and training talent organically, aiming to expand its advisor roster by 20% over the next three years, Lane said.

The growth strategy also involves shifting the investment mix for ultra-rich clients who are currently heavy on cash and fixed-income investments, according to Lane.

Increasing lending penetration is also among the firm's plans, noting that the UHNW business is the “biggest beneficiary” of Goldman’s banking business.

Goldman also has a strategy for growing mass affluent clients with less than $1 million in investible assets.

For this client segment, Goldman hopes to offer a digital experience that’s built upon its Marcus online retail bank.

“We will add Marcus-branded wealth capabilities later this year,” Lane said, adding that checking accounts will be offered in 2021.