The authors of the Dodd-Frank Act are among several current and former lawmakers who say the SEC’s Regulation Best Interest violates the 2010 law, according to a legal brief filed last week.

Under the act, the SEC was required by Congress to address disparities between the standard of care between broker-dealers and investment advisors, with a stipulation “that any rule addressing that problem harmonize the standard of care for broker-dealers and investment advisers, applying a fiduciary standard to both,” according to the brief filed with the U.S. Court of Appeals for the Second Circuit in support of a suit by the XY Planning Network.

Former Rep. Barney Frank, D-Mass., former Sen. Christopher Dodd, D-Conn., and Rep. Maxine Waters, D.Calif., who is the new chair of the House Financial Services Committee, along with nine other current and former lawmakers, have petitioned for a review of the rule, arguing that the SEC would otherwise “promulgate a less-protective standard for broker-dealers that is at odds with Congress’ plan in passing Dodd-Frank,” according to the brief.

XY Planning Network, the financial planning platform for fee-for-service financial advisors co-founded by Michael Kitces and Alan Moore filed suit in the Southern District of New York in September arguing that Reg BI, implemented in June, creates an unfair advantage for broker-dealers by letting them sell both financial planning services and brokerage products. 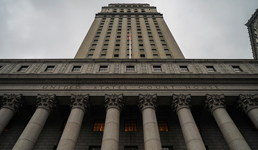 Kitces wrote in a tweet last week that he hopes the court will vacate Reg BI by the end of June, adding that otherwise the claimants may have to ask for a delay of the rule. The compliance date for Reg BI is June 30, 2020.

The XY Planning Network suit came on the heels of another lawsuit brought by seven state attorneys general that alleged the SEC overstepped its authority mandated by the Dodd-Frank Act.

In their own brief, Dodd and Frank say as the architects of Dodd-Frank they are "thus well positioned to explain why Congress authorized the Securities and Exchange

Commission to promulgate rules providing for a uniform fiduciary standard of care for broker-dealers and investment advisers."