The regulations came, after months of delays, on Dec. 20

Identified by one financial advisor as “Roth IRAs for the rich," Opportunity Zone funds became possible after President Donald Trump signed the Tax Cuts and Jobs Act of 2017.

With that legislation, Congress identified capital gains tax relief as a carrot to lead investors to buy stakes in economically-neglected U.S. neighborhoods. The Treasury then approved some 8,700 census tracts located in all 50 states as economically disadvantaged enough to become Opportunity Zones.

Under the program, investors can defer capital gains taxes — and even avoid some entirely — if they deploy their recently-realized capital gains to buy stakes for the long haul in the designated tracts. To achieve the maximum tax benefits, investors are required to make a 10-year commitment.

As proposed in October 2018 and April 2019, the Treasury’s Opportunity Zone regulations only require fund managers to report the amount of assets in funds and the portion of those assets that are in property in a zone.

The revisions included no further reporting requirements, even though many social impact investors had expressed enthusiasm for such rules.

John Cochrane, manager of policy and programs at the U.S. Impact Investing Alliance, writes in an email to FA-IQ that the regulations “give important clarity to investors,” noting that the Treasury “took important steps to preempt abuse — speculators won’t be able to buy up land for parking lots or safe deposit boxes.”

But Cochrane also stressed his disappointment with the final regulations.

"Unfortunately, this rule from Treasury fails to address public transparency and accountability in a meaningful way. Treasury was tasked with facilitating a new market for investments in low-income communities, but markets don’t operate efficiently in the dark. Basic public reporting would enable more effective capital matching and more proactive partnerships between communities and investors. It would also give us a chance to know in real time if the policy is succeeding, or if we need to refocus with additional resources for communities or modifications to the policy,” Cochrane writes.

"For the time being, it will fall to private actors and local communities to try and discern the impact of this policy. In the absence of a complete national picture, we run the risk that bad headlines will continue to overshadow any bright spots. We have already seen negative stories put a chill on investment and give rise for calls for repeal. But far more importantly, the residents of Opportunity Zones are at risk of being left out of the conversation altogether, and the places of greatest need and greatest opportunity for transformation could be passed over,” he adds.

“The best we can do for now is to double down on efforts to highlight best practices,” Cochrane writes.

Prior to the Treasury releasing the regulatory revisions on Dec. 20, Michael Novogradac predicted the officials wouldn’t add further reporting requirements. Novogradac is managing partner of Novogradac & Company, a consortium of CPAs focused on OZ accounting.

“We do not expect the final rule to expand data reporting requirements. The IRS issued a draft form to be completed by Qualified Opportunity Funds and filed with their tax returns that provides some additional data reporting and we are not expecting more expansive data reporting absent additional legislative authorizations and mandates,” Novogradac wrote in an email.

“[T]he Opportunity Zones market finally has the clarity and certainty it needs to move forward with confidence. This is a turning point,” John Lettieri writes in an email sent after Treasury officials issued the final regulations.

Lettieri is the president and CEO of the Washington, D.C.-based Economic Innovation Group, an advocacy organization founded by former Napster founder and Facebook executive Sean Parker, which led lobbying to get the OZ program launched.

“In particular, the final rules make it easier for Opportunity Zones to be used as Congress intended: to fund new businesses, invest in brownfields, revitalize vacant properties, and improve and expand existing businesses and structures in designated communities. Now it’s time for the market to scale up and diversify,” Lettieri argues. 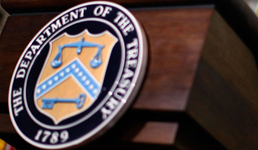 What about further public reporting requirements, missing from the final regulations? “[I]f Congress wants Treasury to go further in scope, as I believe they should, then it will require additional legislation to provide such authority,” Lettieri states.

All told, however, Lettieri expects the final regulations to prod investors who were staying on the sidelines.

“No market can function at full capacity without regulatory certainty. Everything we’ve seen to date has been done without the benefit of such certainty, which naturally means a more limited and risk-averse marketplace. That’s why I expect the final rules to lead to a significant increase in investment activity in Opportunity Zones across a range of sectors. Prior to this, investors and fund managers were operating without answers to many key questions. Other aspects of the draft rules were overly cumbersome or impractical. This led many would-be investors to take a wait-and-see approach, or to simply walk away altogether,” Lettieri writes.