The targets of the potential haircut are advisors generating revenue of less than $5 million a year.

Morgan Stanley has hiked the revenue thresholds many of its 15,000 advisors must meet to get the same payout percentages they did this year.

The wirehouse has increased thresholds by about 10% for 2020, according to people familiar with the plan highlights, introduced in a memo by Vince Lumia, head of field management for the wirehouse.

The targets of the potential haircut, effective April 1, are advisors generating less than $5 million a year.

The thresholds for Morgan Stanley advisors generating more than $5 million will remain unchanged, according to people familiar with the plan.

Those same sources stressed Morgan Stanley hadn’t altered its FA compensation grid since 2017 — despite the fact that equity markets have increased by 35% during the last few years, thereby increasing almost all FA revenues.

The new comp plan “is focused on rewarding growth that will be achieved by deepening relationships, adding new clients and delivering a standard of care to all of your clients,” Lumia told reps in a statement later released to the press. He noted the wirehouse’s investment strategy team predicted just this week that next year “will be more challenging from a return perspective than this past decade.”

Although the new plan raises revenue thresholds, it also offers advisors up to four percentage points — one point more than in 2019 — if client assets hit certain targets and they set up financial planning services. 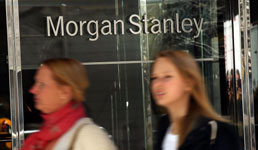 “Most advisors will be unaffected by this update unless they are close to a revenue breakpoint,” people familiar with the plan highlights claim.

But Morgan Stanley advisors were taking a wait and see attitude — at least for today.

“The nitty-gritty will be discussed with management in a meeting tomorrow,” one Morgan Stanley FA, who planned to withhold judgment until then, tells FA-IQ.